Slovakian Foxes on the Lido

Slovak director Mira Fornay’s debut feature Foxes was presented as part of the Critics’ Week in Venice, marking the first time since 1984 a Slovak feature premiered there. The film tackles immigrant issues and familial love and is largely set abroad.

Foxes is a Slovak-Czech-Irish co-production about two sisters, Tina (Rita Banczi) and her younger sibling Alzbeta (Reka Derzsi), who both live in Dublin, Ireland. Tina is married to a local, Steve (Aaron Monoghan), and her well-organised and sunny life is something that Alzbeta rebels against, whether out of jealousy or, even though she’s in her early twenties, she’s not quite out of her adolescence yet.

Though not immediately clear from the start, there is also a secret that the two sisters share that has never been really discussed, which casts a long shadow over their otherwise close rapport. The director has described the film as a “love story about sisterly love” and that is a very accurate description.

The gritty-looking film, with its dark colours and functional cinematography, might at first look like a story of realism but Fornay adds a layer of symbolism that involves the animals of the title.

“Even though Foxes have lived in Dublin for almost a century,” says the director, “people still perceive them as aliens, exactly like most of us still perceive immigrants in our neighbourhoods. Immigrants as well as urban foxes survive on the leftovers”. The film brings together Irish outfit Samson Films, Cineart TV Prague and Slovak company Miras. It is co-produced by i/o and Ceska Televize, both from Czech Republic. The film is sold internationally by Prague-based Film Europe.

My Dog Killer to bite at Rotterdam's competition

After her debut was selected for Venice's Critic's Week, Mira Fornay is set to compete in Rotterdam as first Slovak filmmaker ever

The 12th Motovun Film Festival has announced its programme, along with its 2010 partner country, Slovenia. The 17-strong international competition for the Propeller Award features two Slovenian...

Jan Hřebejk received his third Golden Kingfisher April 24, at the conclusion of the 23rd Finale festival of Czech film in Plzeň, where Kawasaki's Rose was named Best Feature Film. The film, about...

Nine Czech features and co-productions are vying for the Golden Kingfisher at the 23rd Finale festival in Plzeň (April 18-24). In Kawasaki's Rose, from director Jan Hřebejk, an eminent scientist...

Jiří Chlumský’s Broken Promise and Vlado Balko’s Soul at Peace lead the race for the Slovak Film Academy Awards, with each film receiving nominations in nine categories. They are contending for...

Kawasaki's Rose, from Czech director Jan Hřebejk and screenwriter Petr Jarchovský, will screen in international premiere in the Berlinale's Panorama section, raising the international profile of –... 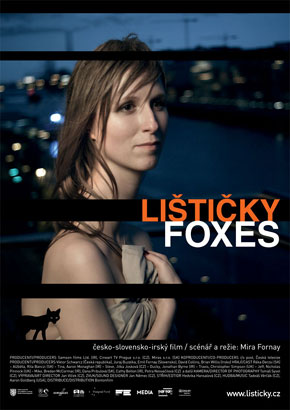