24/09/2009 - An Italian debut feature which cleverly plays with the genre format and was launched in competition at Venice, where it won the Volpi Cup for Best Actress

The Double Hour, a love story disguised as a thriller The Double Hour [+see also:
trailer
interview: Giuseppe Capotondi
film profile], the fourth and final Italian film in competition at the Venice Film Festival 2009, centres on the love affair between former policeman Guido (Filippo Timi) and Slovenian waitress Sonia (Ksenia Rappoport), which starts on a speed-date and continues, with unexpected intensity, until he dies during a robbery at the mansion-house where he works as a guard.

This debut work by 41-year-old director Giuseppe Capotondi is produced by Indigo Film and Medusa. It boldly opts for pure genre form, without particular metaphorical or authorial pretensions, but flirts openly with thriller elements until it becomes, at times, a paranormal horror, a psychological noir and detective film.

Co-written by Alessandro Fabbri, Ludovica Rampoldi and Stefano Sardo, the story soon develops multiple and unexpected strands: the key event of the robbery triggers off a complex and original narrative process, with twists and turns and continuous revelations.

Capotondi, who has previously made dozens of music videos and TV advertisements, said The Double Hour is "a love story dressed up as a genre film", for which he used "all the stylistic features of a thriller in telling the story of two people who don’t manage to seize their second chance. There’s the 'horror' scene in the bathtub, the use of closed circuit monitors, a woman buried alive: all typical elements of the classic genre film, which we have nonetheless used to tell another story".

Sonia is a shady character, who moves around in a disorientated state between dream and reality. Guido is a good but disillusioned young man, caught between love and suspicion. They both have fluctuating stories, identities and motivations.

The skill of Capotondi – and the actors – lies in maintaining the credibility of an ambitious plot, so complicated that Rappoport admitted she had some difficulty getting into the character of Sonia: "I was good, young, beautiful and romantic, then suddenly I was dying, then I was evil. Reading the script was an eventful journey, but in the end, on set, I stopped asking myself who I really was".

Timi, on the other hand, especially liked the film’s opening: "It’s a healthy beginning”, he said, amused, “in which the two protagonists meet on a speed-date to get what they want, that is a night of uncomplicated sex. A man could go on like that until he’s 60, or even older, judging by what we read in the newspapers, but Guido falls in love instead".

Surprised and delighted to be in competition on the Lido with his debut work, Capotondi commented: "It’s a big responsibility and I’m really scared, because the jury members will use the same criteria to judge me and auteurs like Herzog. I feel a mixture of happiness and fear".

more about: The Double Hour

An Italian debut feature which cleverly plays with the genre format and was launched in competition at Venice, where it won the Volpi Cup for Best Actress

“Thrillers are a fun genre to make and see”

The debut film took a risk with genre and won over Venice audiences with an ironclad screenplay that blends thriller, love story and paranormal horror, and a nod to David Lynch

The neo-noir thriller by the director of The Double Hour, screening out of competition, intertwines the art scene and the underworld; Mick Jagger and Donald Sutherland star

Unspooling from 7-11 December, the Rome-based gathering featuring the best in Italian and international fiction series, helmed by Giuseppe Piccioni, has ten titles in competition from all over Europe

The shoot for Suburra gets under way for Netflix

The first ten episodes of the series will be directed by Michele Placido, Andrea Molaioli and Giuseppe Capotondi; the cast includes Francesco Acquaroli, Alessandro Borghi and Claudia Gerini

Noi 4: a chaotic and modern family

The consequences of greed: Servillo and Il Gioiellino

After his brilliant 2007 debut with the multiple award-winning The Girl by the Lake, Andrea Molaioli is back with Il gioiellino (“The Little Gem”, out on March on 170 screens through BIM), a...

A sneak preview of Ostende 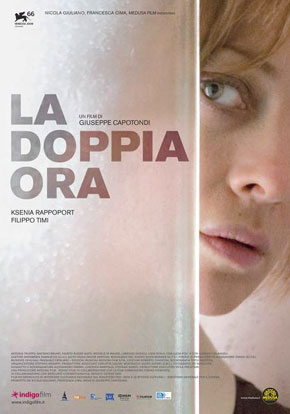