The press screening of Angela Schanelek’s Orly [+see also:
trailer
film profile], presented in the Forum section at the Berlinale, was as crowded as the Parisian airport of its title, which the film practically never leaves. Orly is indeed a French/German co-production produced by the director of Afternoon through her company Nachmittagfilm, in collaboration with Ringel Filmproduktion and France’s La Vie est Belle Films. She has also cast mainly French actors, including Natacha Régnier and Bruno Todeschini.

Very quickly, Schanelek focuses her camera on a few characters within the crowd, as if chosen at random, who suddenly appear clearly. We get to know a mother and son who are in the mood for confiding in each other, quite naturally; we witness the lively and highly personal conversation between two strangers who, in the end, are no longer strangers; we follow a solitary young girl, a dull stewardess, and a German couple, without the camera bestowing an equal amount of attention on all of them. The choice seems to be arbitrary.

However, as is fitting in a place of waiting, where we leave something to go elsewhere, a world of possibilities where so many people cross paths, each of the protagonists experiences a small everyday epiphany, in the form of a decision, a confession, a momentary questioning, within the host of reflections (on encounters, separations, places...) and "little true-to-life events" that the film recounts.

The film, with its wandering camera, absence of music and the realism of the situations observed, offers a very believable approach that transports viewers to that airport, to the extent that we share the characters’ feeling of waiting and eagerness for departure.

BERLIN 2019: Angela Schanelec directs a non-narrative film-essay about existence, the body and art, which gradually abandons its coldness and embraces reconciliation

The Bridges of Sarajevo: an omnibus named Europe

CANNES 2014: 100 years after the outbreak of the First World War, 13 great filmmakers celebrate European culture through the evocation of a city in which it bled

The young hero from Les Géants is to return in Christophe Cousin’s first feature, for which filming starts in Canada this May.

For the past week, shooting has been in full swing in Le Havre on Lucas Belvaux’s eighth feature, French/Belgian co-production 38 Witnesses. After The Right of the Weakest (in competition at...

Awarded, rather like the Golden Globes, to the best artists of French and Francophone cinema by foreign journalists based in Paris, the 16th Lumière Awards will be presented on January 14....

While audience figures in French theatres are currently slowing down after an excellent first semester, the line-up for late July-early August will see several European titles try to hold their...

Orly takes off at Ludwigshafen

German cinema in all its glory at Ludwigshafen

The Ludwigshafen German Film Festival kicks off today and runs through June 27. Set up in 2005, the event refutes the idea that there is one German film industry, but celebrates individual visions... 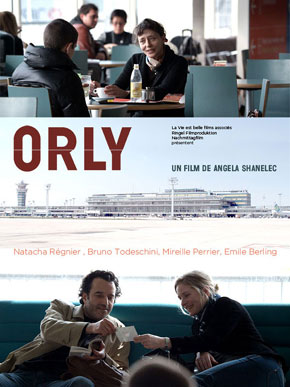