Faith, or how to find one’s path

Burhan Qurbani impressed Berlin audiences, not only for being selected in competition with his final-year student film (for the German Film and Television Academy DFFA), but also because this debut feature displays a narrative virtuosity and rare visual inventiveness, as well as offering a different window onto a little-known world, the German Muslim community, with an all-encompassing humanity.

Despite its title, Shahada [+see also:
trailer
film profile] (international title: Faith), which refers to the Muslim declaration of faith ("There is no god but Allah and Mohammed is his prophet"), the director of Afghan origin offers viewers a truly German film. At the press conference, actress Maryam Zaree commented on the subject of the local Muslim community: "Part of us does not remain elsewhere, we are German". This community is not, moreover, made up of only Turks and Arabs, but also includes Africans and even white people, like Bosnians and Croatians (a diversity that is well illustrated by the film’s cast, for "Islam does not just have one face", in the words of the director). This is the first thing Qurbani achieves with his film: going "against stereotypes" and showing integrated individuals, who each have a more or less strong relationship with their religion, in short tolerant Muslims who represent, according to him, "99% of cases".

The story, divided into five chapters (reflecting the five pillars of the Koran), intertwines right from the start, over one tragic night, the stories of several characters in crisis (the daughter of an "ideal", tolerant and modern imam, who regrets her decision to have an abortion and seeks solace in a fundamentalism that goes against her father and peaceful community; a man who betrays his wife with a Bosnian woman whose child he killed by accident; and a devout African man who can’t accept his homosexual desires).

The director pushes them to their limits through moral conflicts and universal themes (guilt, confession, punishment, forbidden love...), except that they try to deal with their crises in a way that corresponds with their beliefs: it’s not always easy for a Muslim who adopts a western lifestyle to remain a “good Muslim”, as Qurbani pointed out. Faith is about seeking the right path, which, as far as the director is concerned, must involve a secular dialogue with religion and with oneself – casuistry in other words.

If the film, with its host of characters and attitudes, evokes many forbidden embraces, that is to say thwarted loves, in the end this is because the whole of the Koran, like humanity in general, is centred round the idea of loving one’s neighbour (compassion and tenderness are much in evidence in the film). The film, which makes fine use of the elements (water and blood), aspires to solve conflicts through fluidity and tolerance.

Beta Film all smiles with The Happy Prince

A German short amongst the ten semi-finalists for the Oscar

This week, Michael R. Roskam’s debut feature Bullhead is being released in Belgium. A sensational film about the Belgian hormone mafia underworld, it has created an enthusiastic buzz and won rave...

Standing out among the 12 new releases hitting French theatres today is Alix Delaporte’s debut feature: Angèle and Tony. Unveiled to acclaim in Venice Critics’ Week 2010 (see review), the film is...

Having kicked off last Saturday, the 2nd Les Arcs European Film Festival is in full swing in the Alps resort. The 2010 selection (see news) has been completed by three titles in competition...

A constellation of German (co)productions shine at Black Nights 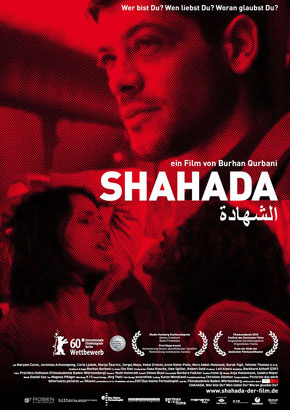