Going South and back into the past

French filmmaker Sébastien Lifshitz’s third feature, Going South [+see also:
trailer
film profile], continues the obsession with the evanescence of youth and the fluidity of sexuality that the director explored in his two previous features, Come Undone and Wild Side. The film is part of the Panorama section here in Berlin.

Though the pensive main protagonist, Sam, played by Yannick Renier, is in his late twenties and has had a troubled past, the young hitchhikers he’s takes with his on his trip from France to Spain are careless, good-looking youths that almost make Sam forget about the painful reason he is on the road in the first place.

Belgian actor Renier (Love Songs [+see also:
film review
trailer
film profile]; Private Property [+see also:
film review
trailer
film profile]) impresses with his stone-faced turn as the unreadable Sam, who only really comes to life when he’s reached his final destination in Spain, his mother (Nicole Garcia, in an equally impressive cameo). To counter the gloom of Sam’s character, Lifshitz fills his beat-up Ford with three younger free spirits. After her reigned-in turn as a religious aide in Lourdes, French starlet Léa Seydoux burns up the screen as the sexy Léa. Her gay brother Matthieu (Théo Frillet) and the drifter Jérémie (Pierre Perrier), who Léa picks up at a supermarket, complete the trio.

Sexy and sunny but with darker undercurrents and unresolved issues playing out in the background, Going South feels very much like a Lifshitz film. The actors’ work is key in setting the atmospheres and the quick mood shifts, with the cinematography closely following the characters.

The film premiered late last year in France, courtesy of Ad Vitam, which also produced it. It is sold in Berlin by Films Distribution, with several territories including the Benelux already closed.

The French sales agent has 3 aces up its sleeve, with Swimming Out Till the Sea Turns Blue and Golda Maria on the Berlinale Special line-up, and Little Girl in Panorama

Sébastien Lifshitz’s Adolescentes to be showcased at Locarno

The new documentary by the French filmmaker, produced by Agat Films and sold by Doc & Film International, will be world-premiered in the Locarno Critics’ Week

Mathieu Vadepied kicks off filming for Learn by Heart

The DoP’s feature debut is being handled by Unité de production, with Eric Toledano and Olivier Nakache as associate producers

Des Apaches: Dussollier and Casta get together with Nassim Amaouche

Shooting for the second feature by the director of Adieu Gary will begin on 10 March, produced by Ad Vitam

The actress is currently filming with Yannick Renier in Olivier Jahan’s second feature. A Kizmar Films and Noodles production

Sasha goes it alone in this week’s line-up

In this week’s low-key line-up, the only new German title, Sasha, is distributed by Salzgeber, a company specialised in auteur films whose recent releases include Sébastien Lifshitz’s Going South...

For the past week, shooting has been in full swing in Le Havre on Lucas Belvaux’s eighth feature, French/Belgian co-production 38 Witnesses. After The Right of the Weakest (in competition at...

French auteur fare up against The Tourist

Despite the fact Abdellatif Kechiche’s Black Venus has not been selected (it is still in the editing phase, while pre-sales continue), French international seller MK2 will present an impressive... 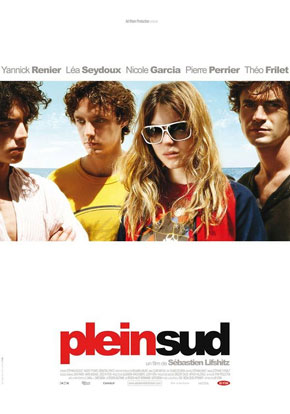