Download it here. An increasing number of audiovisual media services target foreign national markets. Typically, these tend to be recently-emerged hubs from which broadcasters and on-demand service providers circulate services. In some cases these constitute a significant market power in the respective target countries. Where are these services established? Who owns them? What countries are being targeted and what market power do these services have in the target national market?

The European Audiovisual Observatory, part of the Council of Europe in Strasbourg, has just published a brand new report "Audiovisual Media Services in Europe: Focus on Services Targeting Other Countries". Based on data gathered in the MAVISE database, the report provides an overview of the European audiovisual media landscape. It maps the origin of linear and on-demand services and their circulation and focuses on services specifically targeting other countries. 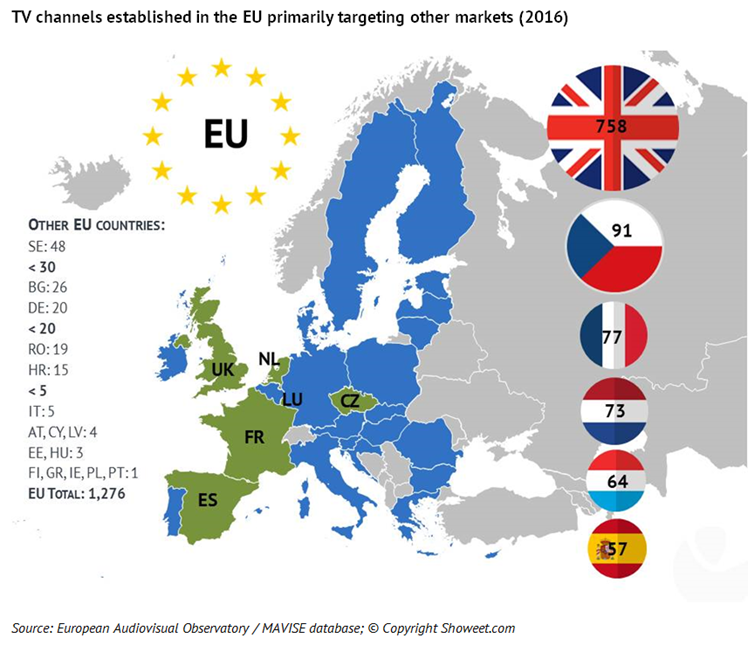 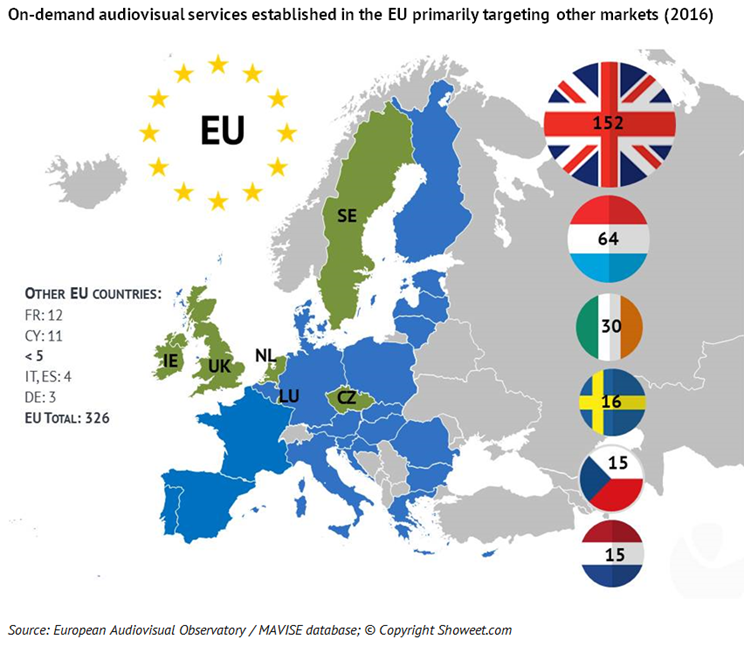