Despite a slight 1.8 per cent decrease in admissions, France experienced its third-best performance of the past 50 years, bolstered by successful local films Raid Dingue [+see also:
trailer
film profile] and Valerian [+see also:
trailer
film profile]. Similarly, the UK enjoyed a record-breaking year (box office +2.5 per cent / admissions +1.4 per cent) as did Russia, reaching over 200 million admissions for the first time to become the biggest UNIC territory in terms of admissions.

Germany experienced mixed results following a disappointing 2016, with a strong 3.2 per cent increase in box office while admissions grew by 1.0 per cent. This was despite the success of local production Fack Ju Göhte 3, which also made it to the box office top five in Austria, where total box office was -1.9 per cent and admissions -3.6 per cent. In comparison, Switzerland experienced a stable year (box office +0.8 per cent / admissions +0.8 per cent) with the help of local production The Divine Order [+see also:
film review
trailer
interview: Petra Volpe
film profile].

While Portugal enjoyed another year of growth (box office +5.6 per cent / admissions +4.4 per cent), Spanish cinema operators finished 2017 just shy of the symbolic mark of 100 million admissions, with a local animation film Tad, the Lost Explorer, and the Secret of King Midas [+see also:
trailer
film profile] in the box office top five. Following a positive 2016, the Italian industry suffered from a lack of highly successful local and international titles (box office -11.6 per cent / admissions -12.4 per cent). 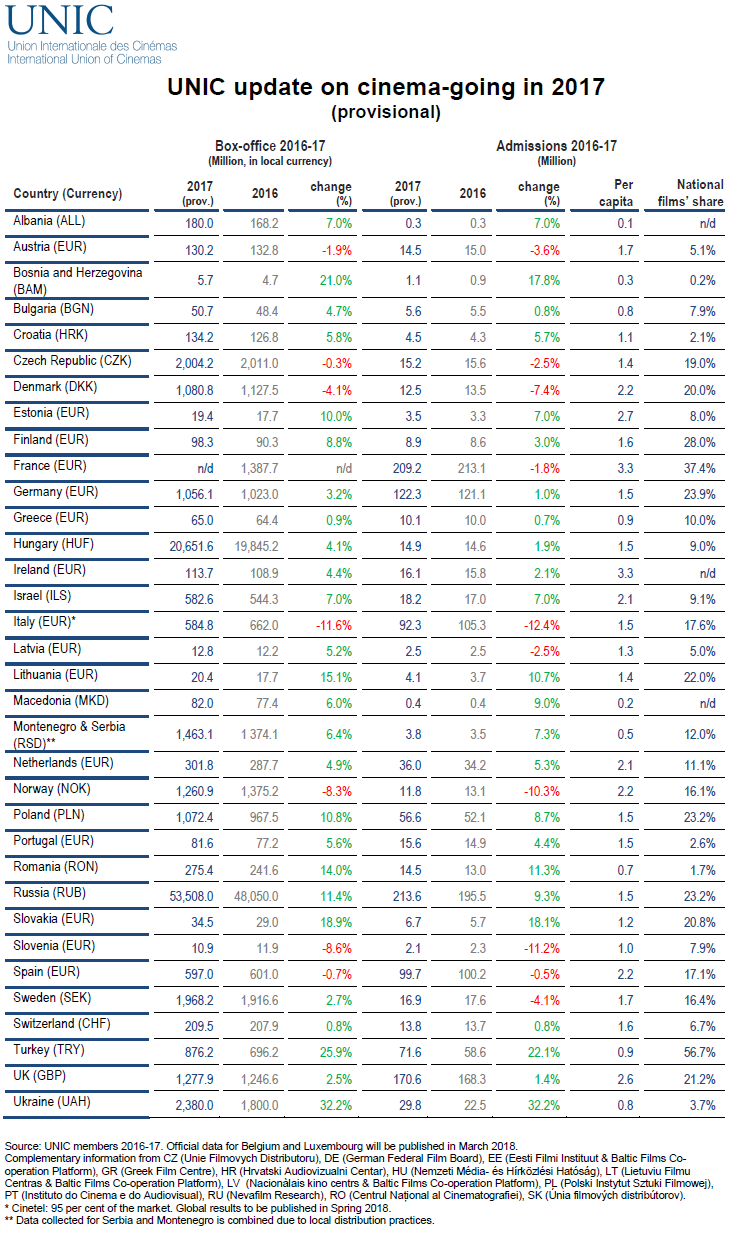 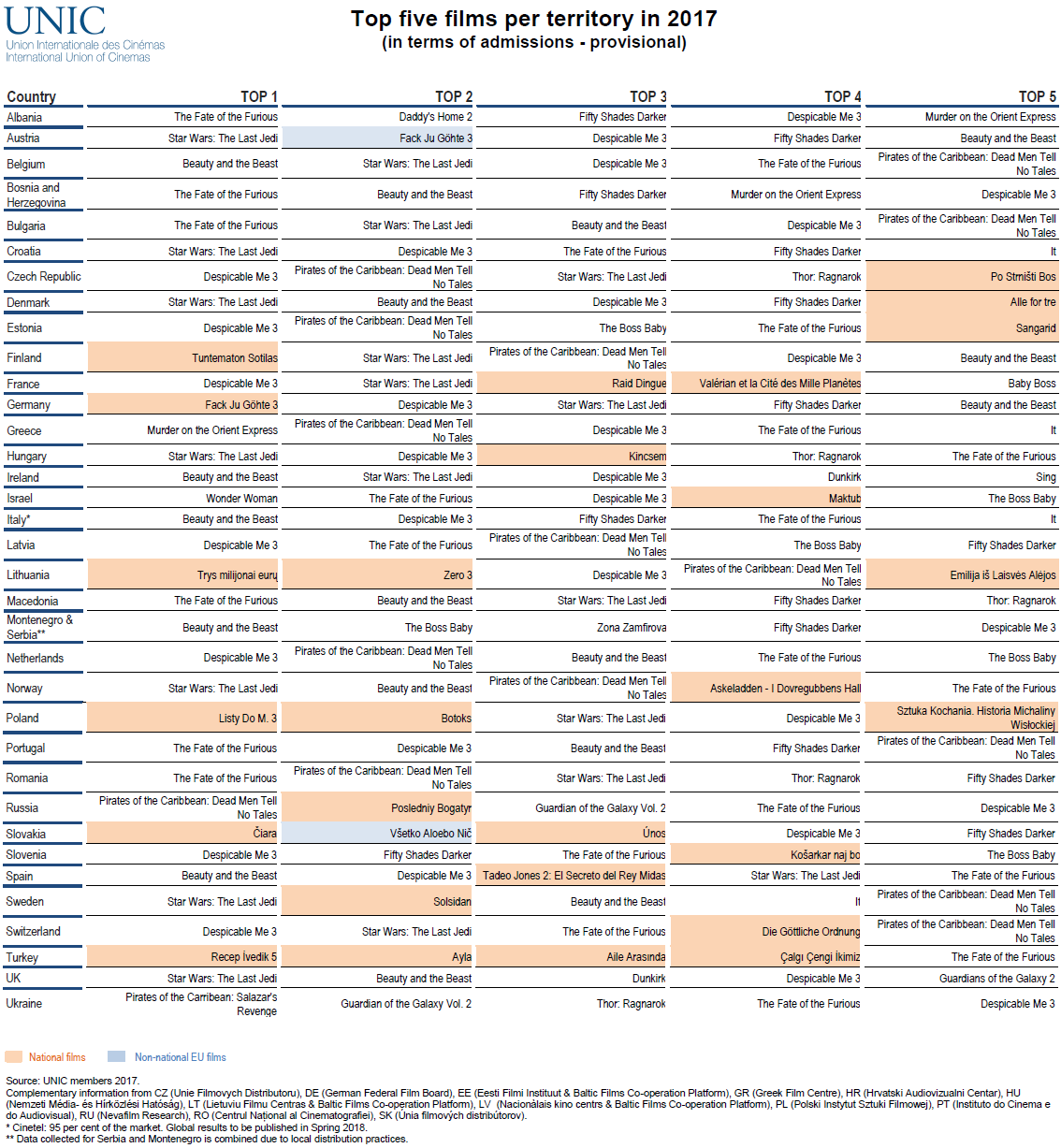