22/03/2010 - Medem’s lightest and most sensual film tells of the potentially life-changing encounter between two women, in an Italian hotel one magical night

Julio Medem is a filmmaker of extremes. There is no middle ground with his work, you either love it madly or hate it intensely. His style, which blurs the boundaries between dream and reality; his lyrical direction; and aesthetically subtle symbolism have brought him hits like Sex and Lucia [+see also:
trailer
film profile] and total flops, especially in critical terms, like his previous work, Chaotic Ana. But in between, the San Sebastian-born director (51) who studied medicine has made some interesting – and sometimes controversial – titles, including Cows, The Red Squirrel, Lovers of the Arctic Circle and The Basque Ball: Skin Against Stone (his foray into political documentary).

Room In Rome [+see also:
trailer
interview: Julio Medem
film profile] was produced for almost €2m by Morena Films and Medem. It emerged out of a commission to adapt Matiás Bize’s Chilean film In Bed (2005), which won numerous awards and enjoyed immense success in many countries. Medem admits that he used only the main storyline of that film – two people, who have just met, spend the night together in a hotel room – and explored it in his own way.

The Eternal City is the setting for their chance encounter. It is the shortest night of the year, when spring gives way to summer, and they will stay up until dawn laying bare not only their beautiful bodies, but also their spirits dulled by lives which, deep down, they want to radically change. And all this takes place over a few hours inside a snug hotel room. The bedroom, balcony and bathroom will be the setting for their lovemaking, quarrels and confessions of their innermost secrets and most desired fantasies. Only the hotel receptionist (Italian actor Enrico Lo Verso) will be a witness and, at times, accomplice to this impulsive passion.

Within a sizzling atmosphere, Medem manages to convey many different shades of emotion, from getting to know someone to passion, through mistrust, suspicions and sincerity. It matter little that the two central characters are women, for viewers of either sex can identify with them, as they cling to a salvation that involves revealing all to a stranger in a place full of magic, wisdom and history.

With a few rather contrived dramatic liberties and certain repetitive visual and sound elements (Russian Red’s song “Living Strangers” can be heard rather too many times), the film, like all Medem’s works, moves between the sublime and pretentious, achieving moments of great sensibility that contrast with other rather laughable ones. But this is the risk taken by a director who continues to pursue his own unique way of seeing and reinterpreting the world and cinema, and to whom the 13th Malaga Spanish Film Festival is dedicating a much-deserved retrospective, rounded off with the world premiere of Room In Rome at its closing gala.

more about: Room in Rome

"This is my best-selling film"

Shot over four weeks in interiors, in English and on commission, Room In Rome is Basque director Julio Medem’s remake of famous Chilean film In Bed

Medem’s lightest and most sensual film tells of the potentially life-changing encounter between two women, in an Italian hotel one magical night

Morena Films gets ready to spend 7 Days In Havana

In line with its strategy of making films for the international market, production company Morena Films (see interview) has joined forces with France’s Full House to produce collective film 7 Days...

“Our market is the world”

Morena Films “Our market is the world”

Kicking off today in Toulouse is the 15th Cinespaña Festival (see news), the most important event in France focusing on contemporary Spanish cinema. It will run until October 10. In competition,...

One of the constants of recent years has been the almost-total concentration of Spanish movie hits in the last part of the year. For example, six of the seven best-performing films of 2009 were...

Local productions once again showed their enormous talent and international appeal. However, internal divisions sprang up at times, especially over the reforms to the state funding system and the... 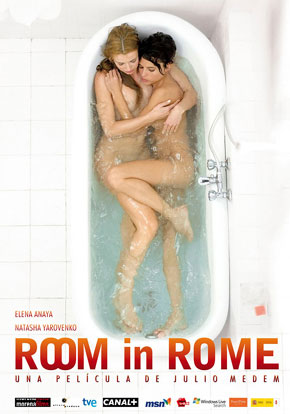