It goes back to the childhood of its future poet character. set in magnificent forest landscapes where man’s vulnerability is thrown into relief. Landscapes to which Baris Özbicer’s cinematography does immense justice, in particular through his brilliant work on the play of light – the scene in which the young hero tries to catch hold of the Moon’s reflection in a bucket of water is pure genius.

In fact, in terms of pace, calmness is the order of the day. In this film, whose absence of music allows us to listen to the creaking wood, the little bell Yusuf always has on him and the clock that marks time, what some would describe as slowness is pure delicacy. As the adorable young protagonist (played by wonderful child actor Bora Altas, who appears in almost every shot, to everyone’s joy, for we never tire of watching his shy or curious expressions, often brimming with admiration and love for his father) learns at his father Yakup’s (Erdal Besikçioglu) side, the viewers also learn to contemplate the beauty and richness of a harmonious natural world (the motif of the bee, considered by Einstein as the key to all life on Earth, is not without significance) from which beekeeper Yakup necessarily knows, like a tightrope walker in the hundred-year-old branches, how to draw out the sap and infinite sweetness.

Kaplanoglu describes his style as "spiritual realism". Indeed, in Honey, the smallest things become symbolic and rich in meaning, so that the film, far from being slow and long, is teeming with life from beginning to end.

The generous beauty of nature that Yusuf learns to grasp, name (despite his stutter, a symptom of his shyness which disappears in his father’s presence) and, in a sense, read (for instance at school, where he tries so hard to earn brownie points by reading fables), can also be found in gestures. Yakup’s affection for his shy child is shown in softly whispered conversations, little presents left discreetly by his bed and the complicit devotion with which the father drinks the glass of milk that the mother tries everyday to get a reluctant Yusuf to drink.

Alas, in the second part of the film, the glass of milk on the table remains full, marking the father’s absence. Yusuf and his mother (played by a Tülin Özen who is self-effacing at the start but returns to the fore after this death) live in silence, as if to spare each other the disappearance of the whole world that Yakup represented. At school, the last brownie point awarded in an act of kindness by the compassionate teacher adorns the little boy’s collar like a mark of mourning. Alone with a grief that is different from adult grief, the child comes to rest his head against the trunk of a large tree.

We hope that Honey, produced by the director in co-production with Johannes Rexin and Bettina Brokemper (Producer on the Move 2006) for German company Heimatfilm, will touch as many viewers as possible.

Turkish auteur Semih Kaplanoğlu delivers his most ambitious work of art after a seven-year absence, a quest towards humanity’s terminal threats

A constellation of German (co)productions shine at Black Nights 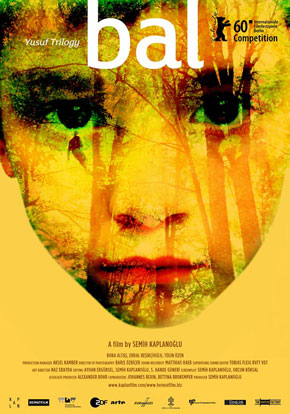 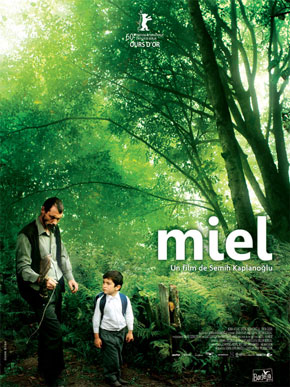