French director Cyril Mennegun presented his debut feature at the 26th Venice International Critics’ Week. Louise Wimmer [+see also:
trailer
film profile] paints the portrait of a woman, Louise who, at almost 50 years of age, struggles on the margins of society to keep up appearances and try to start over again after a break-up that has left her with no home, no money and no family. Employed as a chambermaid for a starvation wage, Louise lives in her car and uses public places to have a wash, drink and eat as best she can. The film traces her experiences while she waits for social housing which will reintegrate her into the society of the living after nearly seven months of survival.

Mennegun sticks closely to his character who is at the centre of each shot in the film. Actress Corinne Masiero plays Louise Wimmer as a proud and resilient woman, full of rituals — the film often focuses on Louise’s hygiene as she refuses to let herself go —, but whose strength reaches its limits as the social system caves in on her, overwhelming her with minor debts, refusal letters and degrading administrative procedures.

Emotionally, Louise is defensive. She doesn’t talk about her past history, which viewers have to guess between the lines. Her human relationships are limited to utilitarian investments. A female friend sets up a tab for her at a bistro, a client becomes fond of her and repairs her car, a lover makes love to her without a word in return. Louise seeks affection from her daughter who has almost no contact with her mother any more, but has to make do with getting it from a stranger who embraces her while she has a crying fit.

Louise grows weaker. Her frailty becomes increasingly apparent. Her social mask cracks all over and like her car, she gradually fades away. Viewers, who have obviously become fond of this woman who wants to pull through, start to feel afraid for her. They wish her well and fortunately, they’re not the only ones.

Mennegun injects a glimmer of hope into his film’s final act. He still believes in these men and women who are part of a failing administrative system and who, on a case by case basis, manage to look after one of its victims. It will only take a bit more personal investment from a social worker — who is inexperienced, but not blasé — to understand the despair suffered by Louise who can’t hide it any longer. The miracle arrives at the last minute, like in fairy tales. Through Louise, we feel the happiness of this fresh start and seen through her eyes, the austere social housing is filmed like a gift from heaven, bathed in a divine light which holds the promise of a new life. It is a fine lesson in optimism, which is not very common in the type of social film to which Louise Wimmer belongs.

The directors are filming a 6-episode miniseries produced by Les Films du Bélier and Arte France in association with Netflix, on the formation of rap group NTM and the arrival of hip-hop in France

Les Invisibles by Louis-Julien Petit is in post-production

"It’s quite unpredictable: that’s what I love about this job"

The director of Much Loved is hard at work on his new feature, which is being staged by Unité de Production and will be sold by Films Distribution

Clash on the frontline for Pyramide

“Independent films outside of the beaten path” 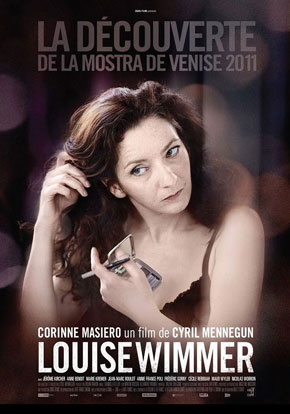