The Invader: feeling helpless and lonely in the centre of Europe

The packed audience in the Sala Perla on the Venice Lido gave a lukewarm reception to the debut feature by prolific Belgian short film director Nicolas Provost: L'Envahisseur [+see also:
trailer
making of
film profile], presented in the Horizons section. The screening was attended by a large delegation, led by the director and his two lead actors: Burkina Faso-born thesp Issaka Sawadogo (Sounds of Sand) and Turin-born actress Stefania Rocca (The Talented Mr Ripley), who give flawless performances as Amadou and Agnès, two people from opposing worlds – he a robust and bold illegal immigrant; she a married upper-class woman, who works in the real-estate and artistic sectors. The two protagonists, against all expectations, get to know each other and have an intense but brief romance. When they break up, the African’s life takes a turn towards desperation and violence.

L'Envahisseur was conceived as an extension to the acclaimed short Exoticore, and also includes elements we may have enjoyed in other previous shorts by Provost: one of the opening scenes, for example, uses a mirror-effect split screen which we saw in Papillon d’Amour. Moreover, the dark, epic and tedious soundtrack – composed by Evgueni and Sacha Galperine – recalls the compositions of Hans Zimmer, which the director used in The Divers. The score accompanies Amadou at all times as he wanders through the streets of Brussels which, on the other hand, is reflected so that viewers can easily identify common places which force them to get involved in the space, to situate the story in their own living environment.

Amadou, on the run from his native country and from those who brought him, welcome him and feed him, clings desperately to the interest Agnès shows in this strong and brazen man, the antithesis of her close circle. However, soon the truth will inexorably come between “Obama” (as Amadou calls himself) and Agnès, turning them into archetypes of their social class: he a criminal; she a respectable person who gives money to the needy more in order to keep him at a distance than to help him. Amadou does indeed need money, but this isn’t what he desires. What stays with us from the story is the memory of the connection – not just physical – between two parallel worlds: the hope that, through understanding and commitment, one human being can be saved by another.

more about: The Invader

A return to crime movies for Hans Herbot

Hans Herbot, Gert Van Rampelberg and Eyeworks launch themselves into a dense, cutting-edge thriller based on the successful novel The Treatment by British author Mo Hayder

Jérémie Rénier at the heart of a thriller in Brussels

Pieter Van Hees is filming The Waste Land with Jérémie Rénier, a nocturnal thriller, delving into the heart of the African quarter of Brussels

Dead Man Talking leads the field for nominations (8) ahead of Our Children, Mobile Home and 38 Witnesses

A panoply of guests at the 12th Brussels Mediterranean Film Festival

An eclectic winners list at the Ensor Flemish film awards

The Ensor awards have celebrated the diversity of Flemish films over the last year, with winners including Time of My Life, The Invader, and Hasta la vista. 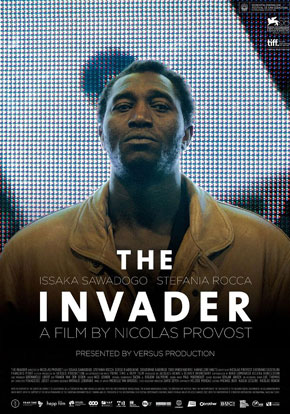