VENICE 2011 Out of Competition

In this science-fiction story, Alex (Daniel Brühl) returns to his hometown after a 10-year absence in order to carry out a mission for the Robotic Faculty where he excelled as an engineer. In his search for the perfect personality in order to create a prototype humanoid child, Alex meets Eva, the daughter of his brother and his one-time sweetheart. Eva fascinates Alex who finds her to be the perfect model for his experiments.

Newly graduated from ESCAC (Catalonia Film and Audiovisual School), Maíllo had the intention of directing a love story or a story centred on feelings. After he met the producer Sergi Casamitjana (Escándalo Films), who has links with ESCAC, the two men decided to collaborate on a science-fiction project in preparation to give it the original touch needed to boost the project which went through several successive writing phases.

Eva explores a robotic world similar to A.I. Artificial Intelligence (written by Stanley Kubrick and directed by Steven Spielberg) and the problems associated with this genre are hardly different. The film rests on two aspects. On the one hand, it’s a modern variation on the Pinocchio tale intertwined, on the other hand, with a romantic drama that follows the logic of a love triangle between two brothers and a woman.

Eva asks questions about the limits of robotics in its process of domestication through mimicry of human beings and, on this subject, the film makes numerous references to Isaac Asimov’s Laws of Robotics and Philip K. Dick’s books. Visually, the integration of special effects is particularly polished and believable, almost natural because it rests largely on a feeling of filmographic déjà-vu. In terms of its script, the film rests more on a desire to make the story credible than on the twists and turns or pace associated with action films.

Eva is the first project by production company Escándalo Films to be specifically aimed at the international market. Wild Bunch is banking on this combination of young talents (on the technical side, writing and direction) to get beyond the national release and increase the number of territories where the film has already been sold, namely Germany, Italy and Latin America. Weinstein Company has bought the rights for the US and Canada.

“We’ve made a very loose adaptation of the novel”

Kike Maíllo talks to us about A Perfect Enemy, his particular take on The Enemy's Cosmetique by Belgian author Amélie Nothomb, toplined by Tomasz Kot, Marta Nieto and Athena Strates

Kike Maíllo constructs a sophisticated psychological thriller with an outlook to the murky haze beyond, set mainly in an airport where two unlikely companions are thrown together

Lluís Miñarro wraps the shoot for Love Me Not

Review: Jean-François and the Meaning of Life

Shoot about to commence for No Gods No Masters

Genoa gears up for the Nuovo Cinema Europa Festival 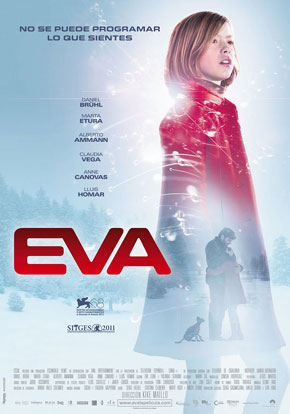