A family of farmers living among the Yorkshire hills take in a young homeless lad by the name of Heathcliff. Heathcliff develops a passionate relationship with Catherine, the youngest daughter of the household, but his racial difference is a source of mockery from the other inhabitants and he ends up being treated like a slave. Beaten, humiliated and finally rejected by the girl he loves, Heathcliff runs away to return years later, while Catherine has agreed to marry a rich husband.

As is also the case in two of the most famous film adaptations of the novel (the first, by William Wyler in 1939 starring Laurence Olivier and the 1992 version starring Juliette Binoche), Arnold abandons the second part of the book to focus on the story of Heathcliff whom she presents as an opaque and rebellious young man given to turbulent exchanges with those around him. He’s a rebel who has lived all his life under the yoke of racial hostility and his relationship with young Catherine in the first two acts is more a kind of taming than romantic flirting. The whole film has a very animalistic feel.

Wuthering Heights is marked by the visceral style of Arnold who uses a hand-held camera to film endless shots of details, focusing in on natural elements by playing on the differences in focal lengths. This results in a diaphanous and floating visual poetry like the symbol of the feather which reappears many times on screen. The wild natural surroundings – the flora as well as the fauna – give rise to some magnificent shots that are unfortunately limited by the technical choice to film in 4:3 format.

A rather slow costume drama, Wuthering Heights never moves away from its minimalist and natural setting. This sparseness also manifests itself in the pared-down dialogues to let the camera capture the emotion of the actors including Kaya Scodelario, one of the talents discovered in the British series Skins. In this nevertheless painful drama, we don’t always find the intimate depth of the director’s previous works. The figures imposed by the novel are sometimes outdated and fail to transpose the impact of the themes that are nonetheless at the heart of Emily Brontë’s work. Because it remains a meticulous and highly personal homage, the film still manages to captivate viewers, but its target audience will probably remain limited to the novel’s coterie of diehard fans. Despite its formal qualities and strong actors, this new adaptation probably doesn’t have much scope for wide distribution.

Andrea Arnold, Andrew Eaton to speak at Foyle’s From Shorts to Features conference

Andrea Arnold to chair the jury at the International Critics' Week

Three Worlds and other 5-star European titles out in cinemas 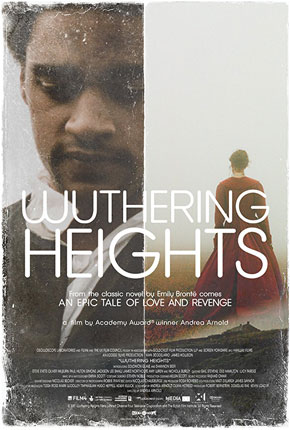 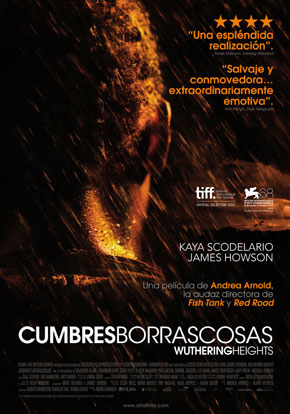 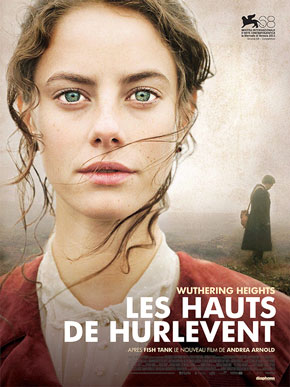