Catalan director Isaki Lacuesta brought not one but two films to the 59th edition of the San Sebastian Film Festival, which continues through Saturday in the Basque beach resort town on the Atlantic.

The documentary filmmaker’s superb 2006 effort The Legend of Time, inspired by the life of Flamenco singer Camarón, premiered in competition at the Rotterdam International Film Festival that year, while his All Night Long, about Ava Gardner, premiered in San Sebastian last year.

As with these two films, his latest project is again a documentary-fiction hybrid inspired by the life of an artist, in this case the French painter, vagrant and voyager Francois Augieras, who travelled to and worked in Africa.

For this large-scale, two-film project, Lacuesta has collaborated with another talent, the renowned visual artist Miquel Barcelo.

Their joint venture encompasses two films, both shot in Mali: The Double Steps [+see also:
trailer
film profile], a fictional biography of Augieras, which premiered in competition in San Sebastian, and The Clay Diaries, which focuses more closely on a workshop that Barcelo gave in the African country. The latter film premiered in the Zabaltegi Specials section.

Though undoubtedly poetic on both the visual and narrative levels, the film, which, among other things mixes into the story a local young boy also called Francois Augieras and how he’s rejected by his uncle (who also narrates), is at times so mystical it can only work really on a poetic level.

more about: The Double Steps

Catalan director Isaki Lacuesta brought not one but two films to the 59th edition of the San Sebastian Film Festival, which continues through Saturday in the Basque beach resort town on the...

Tribeca Enterprises and YouTube have announced the programming slate for We Are One (29 May-7 June), featuring over 100 films from 35 countries, co-curated by 21 prolific festivals

SAN SEBASTIÁN 2018: The Spaniard has repeated his 2011 success in a winners’ list dominated by the three prizes scooped by Benjamín Naishtat’s Rojo as well as seasoned filmmakers

SAN SEBASTIAN 2018: Isaki Lacuesta focuses on two characters from his previous film The Legend of Time, playing superbly with the line between fiction and reality

The new works by the directors, who have already battled it out for the Golden Shell at previous editions, spearhead the Basque festival’s selection of Spanish movies

Isaki Lacuesta caused some controversy at San Sebastián with his new film, the devastatingly critical Dying Beyond Their Means 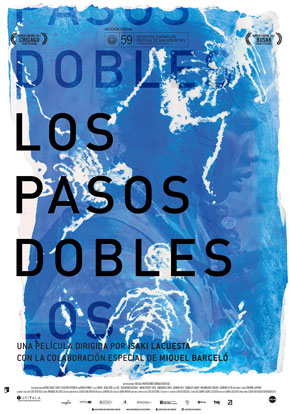