The libertarian universe and unconventional style of Maïwenn have taken the competition section by storm at the 64th Cannes Film Festival. The French helmer’s new title, Poliss [+see also:
trailer
interview: Maïwenn
film profile], is a tough and realist account of daily life in the Police Child Protection Squad (BPM) in a Parisian working-class district.

The idealistic director and child protection campaigner (in 2006, she revealed she had been beaten as a child) offers us a very rich, at times excessive and often moving film punctuated with caustic humour and an original energy in the vein of cinema vérité.

Dealing with paedophilia, incest, abuse and rape, a sensitive yet tough police force carries out interrogation after interrogation, moving mentally beyond taboos. The dark and desperate side of humanity is out in force at the BPM. Detailed eyewitness accounts by victims and confessions from culprits are extracted by gentle and aggressive means, as the issues at stake tense up the atmosphere.

By recreating this thankless profession with an almost documentary-like perfection, Poliss depicts a terrifying and poignant portrait of distress and abjectness found in all social classes, which can lead to various crimes, from organised gang robberies to infant kidnappings. But this portrait would only be a still life and a disturbing sociological study (of, among other things, the banalisation of hardcore sexuality among young teenagers) were it not for its charismatic actors: Joey Starr, Karin Viard and Marina Fois.

In giving her actors free reign, Maïwenn unleashes beasts and offers a healthy outlet for relief at the dark epicentre of her film. Her police officers are neither angels nor heroes, merely tormented souls clocking up divorces, enjoying wild parties and compensatory humour. They love, talk, fight and act on the basis of their unusual shared experiences, knowing they are hated or, at best, disturbing elements for their entourage. But outbursts and inner conflicts are never too far for these paradoxically fragile and resilient characters.

With her great ability to create a strong identity for her characters quickly and ignite intensity, Maïwenn pays a hard-hitting tribute to an extremely difficult profession plagued with a shortage of resources. Unveiling the hidden side of families, the police force and Paris, she successfully plants an irrefutable stamp of truth to the BPM, like Tavernier did for the Stups drug squad in L627.

Throughout, the director does not abandon the unbridled boldness that has hallmarked her work from the beginning, but simply channels it more. A freestyle dance scene in a nightclub; a love affair between an instinctive Starr and a photographer played by Maïwenn; tragicomic domestic rows; and political and religious discussions form a creative melting pot. At times exaggerated, it also gives the film its strength to handle the process and authenticity with controlled violence.

And allows the director to reach a new level of cinematographic ambition without sacrificing a staunch uniqueness, summed up well by one of the characters who says: "We’ll talk to each other when you stop pretending."

OSS 117: From Africa With Love is now midway through filming 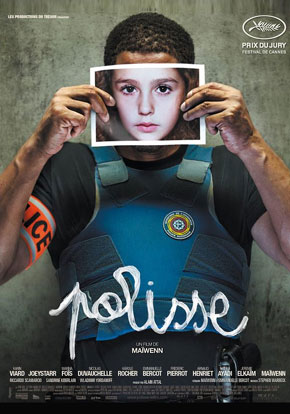