24/10/2011 - Three sisters are struggling to find their way into a future of their own. Winner of the Golden Leopard for Best Film in Locarno.

In Back to Stay [+see also:
trailer
interview: Milagros Mumenthaler
film profile], her first full-length feature, Swiss-Argentine director Milagros Mumenthaler presents a tale of transition. Three sisters, living together in the house of their recently deceased grandmother, are struggling to find their way into a future of their own, each different from the others, but still connected through their family-bonds and shared past.

The jury of the International Film Festival in Locarno awarded this quiescent coming-of-age story the Golden Leopard for Best Film of the festival's 64th edition. Young Argentine Maria Canale was awarded a Leopard for Best Actress for her interpretation of Marina, the eldest of the three sisters.

On the surface there's not much going on in the movie - three girls, Marina (21), Sofia (20) and Violeta (18), live in the house of their grandmother, who died not long since. It is summer in Buenos-Aires, and the air seems to be standing still, as well as the lives of the three siblings, who do not know how to deal with the absence of the woman who raised them. Their parents are long gone, but why? Were they victims of the regime, or killed in an accident? We don't know.

Marina feels responsible for her younger sisters - in addition to her studies at university, she takes care of the household, cooks, cleans and keeps track of expenses. Sofia only seems to be interested in fashion and sometimes she searches through her grandmother's closets, looking for lost memories and well-kept secrets. Violeta watches TV. Sometimes – in secret – she sees a man, who remains invisible to the audience. There is little dialogue, mostly the exchange of common cruelties between sisters, who have known each other long enough to know what hurts. But, beyond the teasing, there is the urge of each of the three sisters to separate, an urge to be different, to be unique and to find an identity beyond the experiences that bind them.

Back to Stay - Abrir puertas y ventanas, the original title is inspired by the last lines of Federico Garcia Lorca's drama La casa de Bernarda Alba - doesn't need words to describe how lost the three young women feel. Milagros Mumentaler tells her story between the lines, in images of an airless, heavy summer heat that brings life to a halt. But, despite the mugginess of the atmosphere and the stillness in the house, there is development - one day, Violeta is gone, leaving a letter for her sisters, saying that she wants to pursue her career as a musician, together with the man she loves. Sofia then begins to change things in the house, getting rid of old furniture and connected memories. And Marina, who at first desperately tries to leave everything as it was, slowly begins to accept that it's time to open doors and windows – and let the future take its path.

Despite the fact that the young director tells her story more through her atmospheric imagery than words, her mise en scene is never pretentious. Back to Stay is highly constructed as a concept, but it leads the audience very subtly to a seemingly natural reality where nothing changes, but where everything will be different in the end. The film is certainly not for the impatient - things in Mumenthaler's film take their time to happen and they happen subconsciously. The director succeeds in telling her story in a very natural, uneventful and realistic way - instead of giving explanations via dialogue or scenery, she allows room for interpretation and lets the audience find their own connotations. Back to Stay opens doors and windows on common memories of how it feels to grow up and find your own way in life.

more about: Back to Stay

"I don’t believe in forced dialogues to inform viewers"

Interview with a director brought up with both European and South American cultures, who triumphed at Locarno with Back to Stay.

Three sisters are struggling to find their way into a future of their own. Winner of the Golden Leopard for Best Film in Locarno.

“What interests me is the character’s inner experience”

LOCARNO 2016: Cineuropa interviewed Swiss-Argentine director Milagros Mumenthaler, whose The Idea of a Lake, an intimate work both biographical and universal, is being presented in competition

Producers on the Move 2012 – Switzerland

A Golden Leopard for the troublesome Brisseau

Happiness Distribution releases Back to Stay

The winners in Munich

A taste of Cannes at La Rochelle 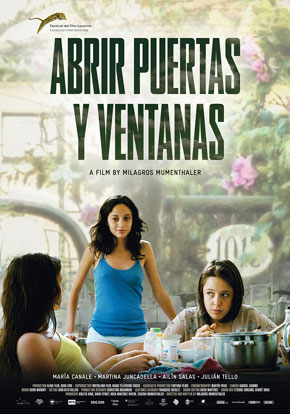 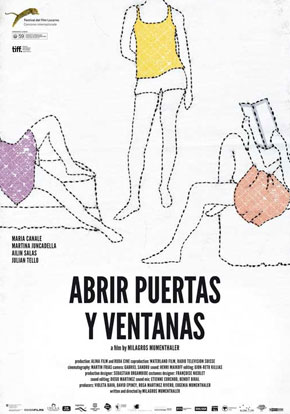