Although it may not be a direct source of inspiration, this film starring the moving Kacey Mottet Klein as Simon and Léa Seydoux as his irresponsable elder sister Louise cleary evokes the Dardenne brothers, both in the sobriety with which Meier depicts the hardship of the young hero’s existence and in the contained manner in which he expresses his emotions. However, the film also stands out for its great imagination, as a reflection of Simon’s ingenuity, and its fine balance between realism and fable.

Simon, who lives in the lowlands of a poor, industrial Switzerland with a sister who is so often absent that he forever fears never to see her return, every day takes a cable car up to the highlands of a rich Switzerland, that of ski resorts for the rich. As a native he may be an expert in all things to do with the mountain, but we never see him on the ski runs because his journey is one outside the flagpoles, behind the scenes of these expensive pastimes - in the bathroom, and in the changing rooms.

There, above the peaks, Simon can invent another life for himself, pretend that he has rich parents, and ask people how the snow is today to look like a holiday maker. But also he can steal gloves, sunglasses, and skis from those who he knows will buy new ones straight away instead of looking for them, and he can dip his hands into the survival backpacks of the wealthy, filled with money and sandwiches, to ensure his and Louise’s own survival. As he tells a suspicious resort restaurant waiter, he is not stealing to buy himself toys but to buy loo paper and pasta.

Beyond necessary household items, the film’s cheeky and resourceful main character also uses the money he makes from reselling ski kit to those with less money to keep his sister close to him. He is not interested in the wads of cash that he is making or in the things that he could buy with them, but sees money as means with which to buy affection. We see this when he gives presents to his sister, when he offers to pay a skiing mother who has invited him to sit at her table (and to whom he introduces himself with, "My name is Julien, like your son"), or even when we negotiates a simple cuddle for 180 francs.

Behind Simon’s story is that of a mother who never wanted him, one that gives place to the film’s greatest twist. Simon bears the responsibilities of an adult: finding a stove, doing the washing, giving his sister work by teaching her how to wax skis. But in the end this skinny little boy is simply a child who wants a mother, someone with whom to share Christmas, instead of spending the day on his own watching the tree that he uselessly cut down himself, abandoned on the balcony.

Swiss cinema at its peak

Cineuropa met the French-Swiss director awarded in Berlin for Sister.

Memento banks on Sister and Under The Rainbow

Watch on Cineuropa: On top of the world - 10 years of festival prizewinners 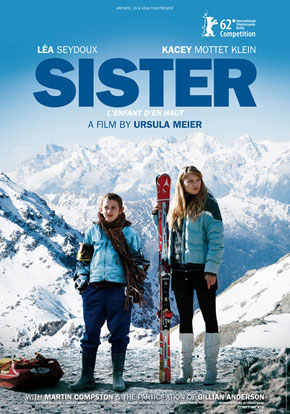 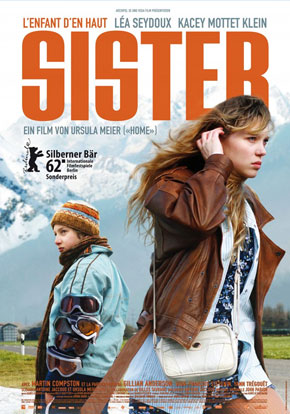 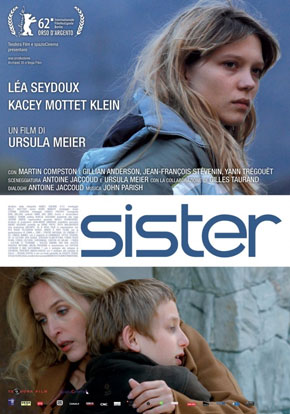 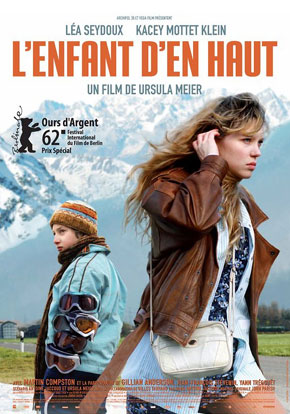