11/05/2012 - Michael Haneke has made a refined, deep, and modest masterly work about old age, feelings, and the end of life.

Everything starts doubly with the end, when a door is broken down by firefighters and they discover the body of an old lady on a bed scattered with flowers. In Amour [+see also:
trailer
interview: Michael Haneke
film profile], unveiled this morning in the competition at the 65th Cannes Film Festival, Austrian filmmaker Michael Haneke (who already won a Palme d'Or in 2009, Best Screenplay in 2005, and the Grand Prix in 2001) has made another masterly work, a refined, deep, and modest depiction of old age, feelings, and the end of life. Starring laudably restrained performances by the exceptional Emmanuelle Riva (85 years old) and Jean-Louis Trintignant (81 years old), two legendary figures in cinema, the film never tries to seduce its audience with melodramatic effects, but rather secretly observes, as if through a mirror, an elderly couple slowly edging towards the death of one of them. It's the delicate work of a zen filmmaker, centred on the essence of what it means to be human, the succession of little nothings that make up a whole.

Gradually refining its characters' slowed-down pace, Amour starts with the portrait of a couple who are close and share a love literature and music, with all their habits from a long life together and relative worry about old age's surprises. But one morning, Anne goes away for a long time. It's a stroke and the operation that follows is not a success. She ends up paralysed along her right side and has to move around in a wheelchair. Her husband Georges promises her no more operations, and he accompanies her to the end, as day by day her physical health progressively deteriorates.

Summed up like this, the film doesn't seem very exciting, but it is on all fronts, because Michael Haneke's directing has so reached its quintessence. Interjected by a few visits (the couple's daughter played by Isabelle Huppert, the building's doormen, the nurses, one of Anne's old classmates who used to be a piano teacher) that accentuate the increasing gulf between the time for death approaching inside the apartment and the time for life in the invisible outside world, the plot thoughtfully and very clearly etches away fundamental questions: How does one confront one's own death and physical decline? And how does one cope with a loved one's inevitable walk towards the end of their existence? But no philosophy, sentimentality, or superfluous words: Everything happens through gestures, looks, and mundane (but always filmed very discreetly) day-to-day life. From the temptation of suicide ("There is no reason to continue living. I know it can only get worse. Why inflict this on ourselves?") to saving appearances to the point of total isolation, via all the steps in loss of communication ending in snippets of sentences ("So fast", "It's hard") in between, the film spares the audience nothing, but does so with such economy of means that it creates a remarkable intensity in its simplicity. Very tender despite its violent subject, Amour holds this perfect balance thanks to the addition of rare breaks, like a nightmare, a hallucination, moments of slapstick humour (Q: "What would you say if nobody came to your funeral?" A: "Nothing"), chiselled dialogues will many silent intervals, music, a radio, a newspaper being read out loud…

Michel Haneke is often labelled as a specialist in violence, but here he demonstrates his acute empathy for tenderness and feelings so deep that they shimmer of the surface. Discreetly and masterfully delving into a very difficult and unglamorous subject, he adds this new film to the cinematic quest that links him to the greatest names in the history of the seventh art. It's a quest that rejects the easy way and, like for the characters in Amour, lies in a series of small clinical steps that metamorphose into embraces. 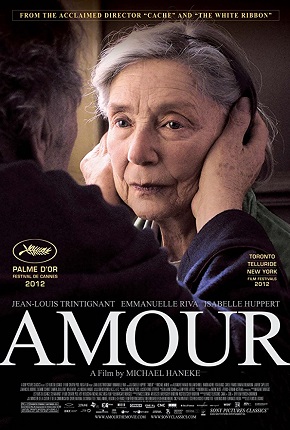 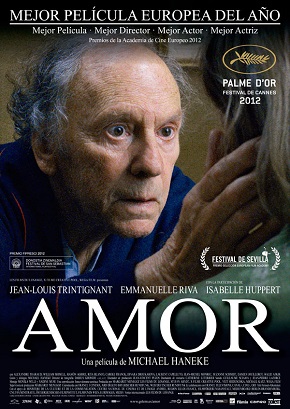 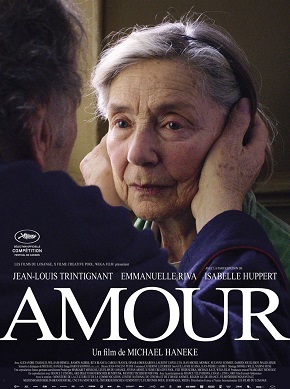 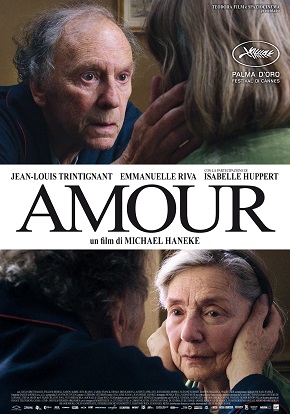 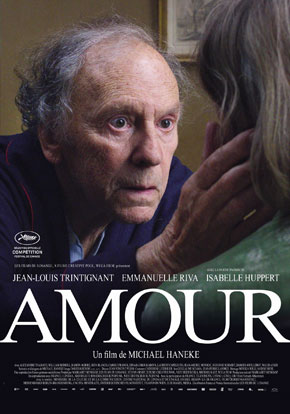