31/08/2012 - The second instalment in Austrian director Ulrich Seidl's trilogy has shaken Venice, with all the art of provocation that he has cultivated over the years

Paradise: Faith [+see also:
trailer
interview: Ulrich Seidl
film profile] is the second instalment in the trilogy Paradise that kicked off in Cannes this year with Paradise: Love, and its director Ulrich Seidl has made the most of his selection for the 69th Venice Film Festival to reaffirm his total lack of intention to ever compromise. His film will probably remain one of the most provocative, but also one of the most cynically funny of this competition.

Anna Maria is the sister of the main character in the first instalment of the trilogy. She appeared in a short scene at the beginning of Paradise: Love [+see also:
film review
trailer
film profile], just before the two sisters (and the obese girl, to be the main character of the upcoming third part) part ways for the holidays. While one sets off to experience the bitter aftertaste of sexual tourism in Kenya, the other (Maria Hofstaetter, used to Seidl's style since she appeared in Dog Days) decides to spend her holiday preaching God's word in one of Vienna's poor neighbourhoods. Dressed as an old maid and yielding an impressive statue of the Virgin, she bangs on doors to allow Christ into the homes of a succession of characters, each more pathetic and grotesque than the last. These "lost sheep" either attempt to physically assault her, test her faith, or, most often, do both. Anna Maria may be fervently in love with Jesus, but another fight is also taking up her time. When her paraplegic Muslim husband - incredible amateur actor Nabil Saleh - returns home after two years with his Egyptian family, he demands his place in the marital bed, but Anna Maria resists his advances with strength and fanatic conviction that the poor man fails to understand. These two beings, both broken on different levels, will start to play dramatic tricks on each other, in a combination of black comedy and dark drama.

The spectator is always the only witness, hostage of the worst excesses, but nevertheless less voyeur than in Paradise: Love. The sex scenes are no less explicit, but the ridiculous element in the main character's devotion - real flagellations and a number of scrambles on the ground - make the shots all the more baroque. They are also funnier, despite still not being embellished or censored in any way. The scenes are long, yet provoke more nervous giggles at extreme situations than they do discomfort. The film suffers from the same repetitions as in its prequel more often, but also sometimes benefits from them. This is part of the Austrian director's method who, from one film to another, imposes a particular style, here a mixture of improvisation, the persistent use of fixed frames, and a series of themes like religion (evoked in his 2003 documentary Jesus You Know) or relationships with animals (Animal Love, 1996), a theme which inspires a cruelly funny scene between a cat and the disabled husband.

As graphic as he may be in his representation of imperfect bodies and situations outside the aesthetic conventions of traditional filmmaking, Paradise: Faith - with its logical outcome, its extreme criticism of religion, and its inversion in contrasting Anna Maria's extreme catholicism with her husband's ultra moderate Islam - is nevertheless the most accessible work made by the director of Import/Export [+see also:
trailer
film profile] so far. Ulrich Seidl could still pull off a remarkable hat trick by unveiling the third part of his trilogy in the competition at the next Berlinale.

"I didn't want to make a funny film"

Ugly: In praise of pain

Nymphomaniac and The Hunt lead nominations for the 2014 Bodil awards

Ulrich Seidl at the Biografilm: 'My next film will be historical' 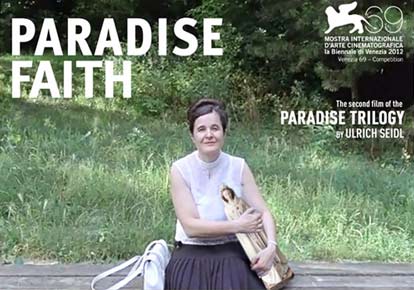 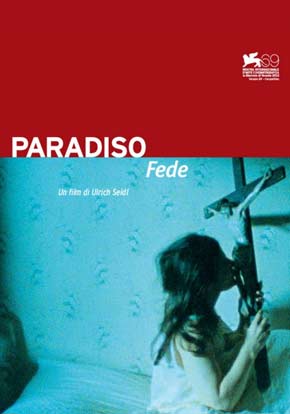 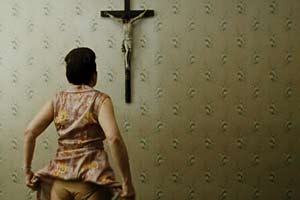 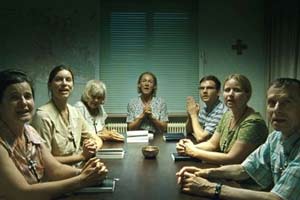 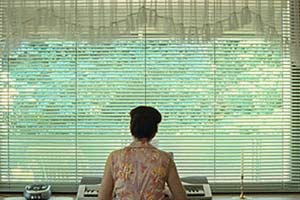 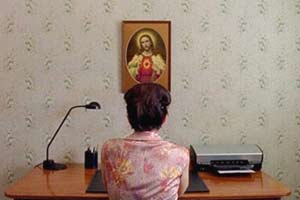 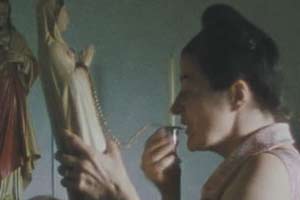