24/09/2012 - Pablo Berger has made a transgressive version of the classic fairy tale set in a dark and cruel Spain, with a spirit of ode to black-and-white silent cinema.

Once upon a time, there was a filmmaker from Bilbao who had devoured films since his earliest childhood. When he went to university, he met and became friends with another young man who loved images as much as he did: Alex de la Iglesia. They shared comics, went to the same parties, and started up a film club. Years later, Pablo Berger directed a short film in which his friend was art director. Mama did so well in so many film festivals that Pablo received a scholarship to study in the United States. There he became a professor at film school. At the end of the 1990s, he returned to his country to make Torremolinos 73 [+see also:
trailer
film profile], his particular vision of Spanish eroticism. The film was such a hit, both with the public and the critics, that it even inspired a Chinese remake.

But the filmmaker who, aged 16, was bewitched by Tod Browning's Freaks had an obsession: to shoot a silent film in black-and-white, like the graduation project that he demands from his students at the New York Film Academy (because, as he never tires of telling them, "An image is worth more than a thousand words"), but with a budget and the ambition to reach the greater public.

Berger had to fight against the tough mechanisms of Spanish film production and notably seek financial aid in France (Noodles Production) to make this film, but years of sweat later, it is finally being released in Spanish cinemas by Wanda. It will also be screened in theatres with a live orchestra and singer, just as in the old days before sound. Pablo Berger has performed the miracle and today Snow White [+see also:
trailer
interview: Pablo Berger
film profile] is a film with the potential to reap a slow, but solid and overwhelming success. This is not only because it is visually superb and very expressive, but also because it contains a lot of cinema: winks to the aforementioned Browning, Bette Davis / Joan Crawford-style moments, homages to Gloria Swanson and Erich Von Stroheim, and shots in the style of Murnau, Abel Gance, and Dreyer.

The plot, decidedly different from that of the two recent American versions of the same fairy tale by the Brothers Grimm, plunges its characters into a dark Spain of the 1920s where Carmen is born. Her father is a bullfighter (Daniel Giménez Cacho) paralysed after he is gored by a bull and her mother is a singer (Inma Cuesta) who dies giving birth to her. Her father's nurse (Maribel Verdú, brilliant as she provokes both laughter and repulsion at the same time) manages to marry him and makes the little girl's life impossible. When her father dies, the young woman (Macarena García) flees from her stepmother's hostile domains and finds shelter in the caravan of dwarf bullfighters who are touring villages with their show.

What a spectacle Berger offers us with this fairy tale of fairy tales, in the style of that faraway Hollywood of enormous decors and exuberant wardrobes, combined with a very Spanish iconography like that often used by De la Iglesia! The film not only refers to the character in the film's title, but also contains elements from Cinderella, Oliver Twist, and Alice in Wonderland.

With this delicious cocktail of references, genres (Gothic terror, comedy, dramatic melodrama) and emotions (tears, laughter, passion), in this particularly stimulating version of Snow White, this Basque magician and cinephile manages to hypnotise his audience for almost two hours until its surprising finale that demonstrates, one again, a strong penchant for risk and the power of pure, silent images.

"My aim is to surprise the spectator"

The director of Torremolinos 73 has returned a decade later with a black-and-white silent film destined to repeat the same success as his first film.

Pablo Berger has made a transgressive version of the classic fairy tale set in a dark and cruel Spain, with a spirit of ode to black-and-white silent cinema.

"I believe in films that don’t exclude the viewer"

Julio Medem putting the finishing touches to The Tree of Blood 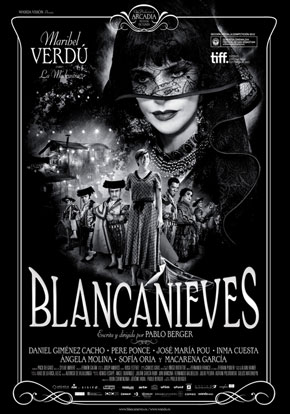 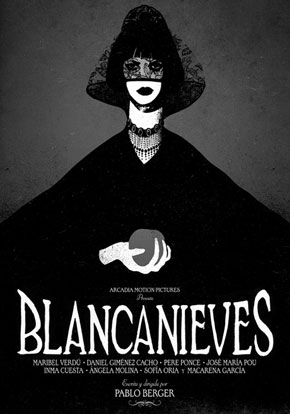 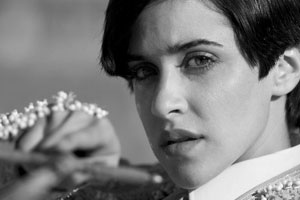 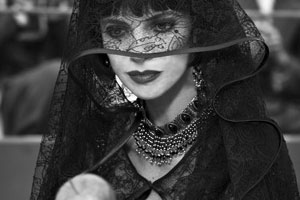 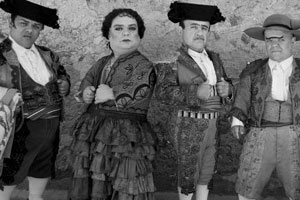 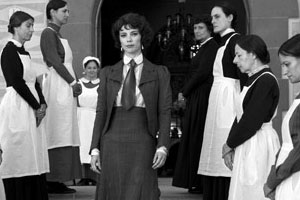 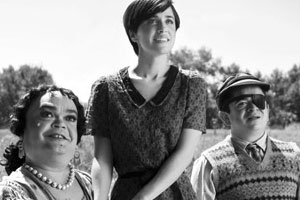 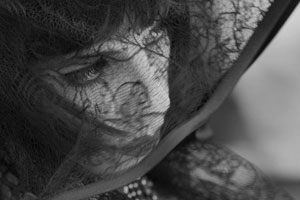 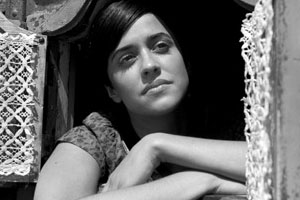