05/12/2012 - An inventive, delicate, funny work, scripted by Daniel Pennac and discovered at the Directors' Fortnight in Cannes.

Ernest and Célestine [+see also:
trailer
interview: Benjamin Renner, Vincent Pa…
film profile], the animation film presented by Stéphane Aubier, Vincent Patar and Benjamin Renner at the Directors' Fortnight enjoys an impressive status : inspired on the popular illustrated books by Gabrielle Vincent and written by Daniel Pennac, this delightful film which honours the fairy tale fundamentals as according to Bettelheim also benefits from the voice contribution of Lambert Wilson in the role of the big bad bear.

In the world of Ernest et Célestine, bears and mice are sworn enemies. The former live above ground, the others busy themselves below, but in the drawings by the talented little mouse Célestine, the big bad bear who we get to know at the orphanage seems quite nice, and Ernest, even though he is enormous and gruff, is really just a good bloke who's hungry and performs a bear-orchestra on the street. Since Célestine helps him to clean out the local sweets shop, a scheme set up by his landlord to cause the bears' teeth to decay and lead them to the shop for molars and pre-molars opposite, run by his wife, Ernest will hold his paw out for the little mouse when she will find herself banished from the tough underground realm of dentist-rodents for her artistic predilections and the bad company she keeps. And so, both excluded from their respective communities and wanted by the police, Célestine and Ernest, now inseparable, live together in the latter's house until Spring comes round again. After their arrest, their friendship and good heart will triumph over the vindictive judges, who accuse one of frightening children and the other of frightening mothers, and will allow them to escape execution by mouse trap.

Ernest and Célestine, seemingly simple in its concept and drawing, in reality brings out a whole panoply of central themes for small children, from teeth falling and the harmful effects of sweet treats, to the fear of abandonment and nightmares, the importance of trust and integrity in friendship as well as perseverance – because it's important to follow your instincts, artistic ones in the case of our two friends, you have to do it with love and recognise the part played by work.

Non qu'il faille se laisser exploiter, neither underground in the mechanic world of mice where you have to meet production targets, nor on the surface, by bears without scruples who are capitalising on a need for healthy molars which they have created themselves by stuffing all the baby bears (except their won) with sweets. Even though she is so small, with a will-power guided by her unfailing gentleness, the little mouse Célestine rebels with all her strength against prejudices and preconceptions. From the beginning, she knows that just because she was taught to fear the big bad bear it doesn't mean that she has to believe it. Like the light feather from the beginning, from the heights in which it flies gracefully, Célestine no longer sees the meanness in this world and only sees its pretty contours and bright colours.

more about: Ernest and Célestine

Ernest & Célestine on their way to the Oscars

Ernest & Célestine by Vincent Patar, Stéphane Aubier and Benjamin Renner will take part in the race for the Oscar for Best Animated Film

An inventive, delicate, funny work, scripted by Daniel Pennac and discovered at the Directors' Fortnight in Cannes.

Cult studios and a plethora of genres at Anima 2018

The nominees for the Emile Awards unveiled

Charlotte: A life in colour by Bibo Bergeron 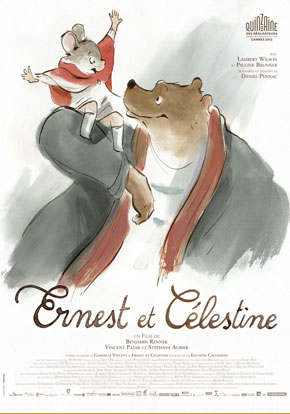 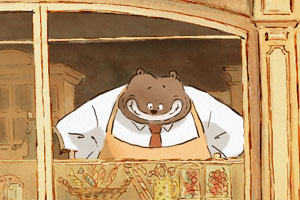 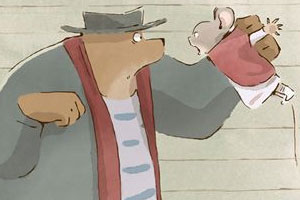 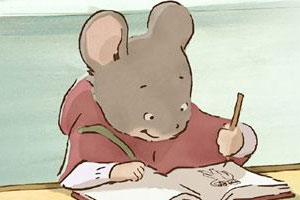 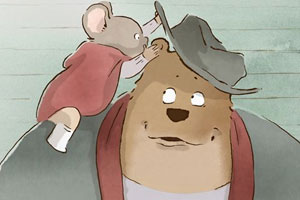 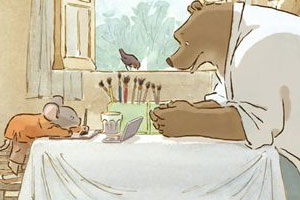 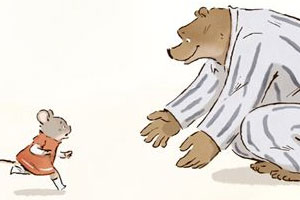