04/03/2013 - An adventure film and "buddy movie" for the second feature by the Pastor brothers, filmed in Spain. A new take on the apocalyptic cinema genre, with the financial crisis as a backdrop.

From now on, genre cinema has gone beyond the stage of a simple promise of revenue for the Spanish industry. The Last Days [+see also:
trailer
interview: Àlex and David Pastor
film profile] by brothers Álex and David Pastor , which enjoys the financial and promotional backing of the major television channel Antena 3, is in line with successful films by J. Bayona, Jaume Balagueró and Paco Plaza, that's to say, Spanish filmmakers who place their bets on fantasy films and entertainment with commercial and international ambitions. As in The End [+see also:
film review
trailer
interview: Jorge Torregrossa
film profile], the end of the world looms over the Pastor brothers’ movie like an intractable conflict which forces the characters to struggle to survive.

The first concerned is in fact Marc (Quim Gutiérrez), a young computer programmer who works for a company tyrannized by its human resources manager (José Coronado). He begins to suffer physically from an evil that seems to have taken over the modern world: agoraphobia. Holed up in his office with his colleagues, he looks for an underground exit in the metro tunnels, which will allow him to cross the town and meet his girlfriend (Marta Etura). During this trip through the dark, he will not only make an ally of the least expected person, but also overcome the fears that prevent him from being a contented, free and happy man.

The film is made up of a succession of action-filled sequences and special effects. The streets of Barcelona are shown empty but invaded by animals and vegetation, a phenomenon that spectators are more used to seeing in an American context. While we are accustomed to seeing New York threatened by King Kong or other apocalyptic beasts, or destroyed by a tidal wave or a meteorite, it is rare for cinema to inflict this type of curse on the Old Continent. The Pastor brothers make use here of a powerful asset by bringing the hecatomb closer to the Spanish (and European) public, and making it more tangible.

While their first feature movie, Carriers, filmed in the United States, showed open spaces, used few special effects, and made use of quite simple narrative elements to create tension, the Catalan brothers have here gone into overdrive with a profusion of special effects, many extras and an aesthetic similar to that used by Alfonso Cuarón in his disconcerting Children of Men. While in this film, Clive Owen accompanied a mother to ensure the salvation of mankind, in The Last Days, the hero is a young coward forced to team up with an unscrupulous older man, thus forming an improbable duo, one wanting to find his fiancée and the other, his sick father. This "buddy movie" aspect does not, however, always work with the storyline, and it is also hard to grasp why the characters are so terrified at the idea of leaving their houses and offices.

Nevertheless, the film becomes much more attractive when seen as a metaphor for the paralysing fear that can seize us a little more each day. The character is scared of growing up, becoming mature, having a child and losing his job. But when these fears materialize, he has no choice but to overcome them. This underlying theme about fears brought about by the current crisis in all its forms (in this respect, the scenes in the empty cinema and the supermarket savagely ransacked by the crowd are particularly thought-provoking) is the strongest, most interesting and empathetic part of this film, which also has an environmentalist tone and calls for a return on the part of human beings to their natural origins, closer to Nature.

more about: The Last Days

The Pastor brothers made their debut with Carriers, shot in the United States. They are now back in Spain with another apocalyptic title: The Last Days.

An adventure film and "buddy movie" for the second feature by the Pastor brothers, filmed in Spain. A new take on the apocalyptic cinema genre, with the financial crisis as a backdrop.

Interview: David and Álex Pastor • Directors of The Occupant

"When it comes to pandemics, history tends to repeat itself, unfortunately"

Les Apaches attack on both sides of the Alps

Being 14: a teenage chronicle for Hélène Zimmer 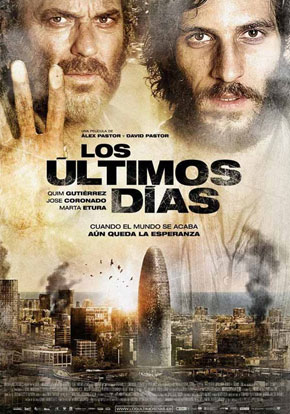 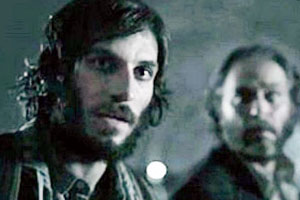 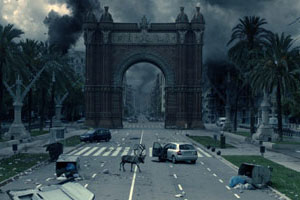 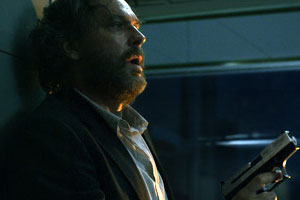 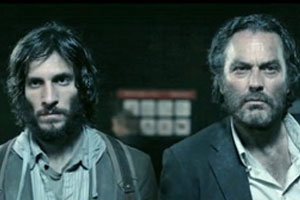 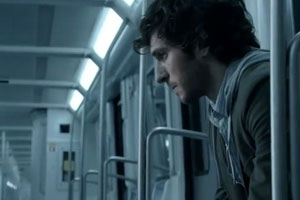 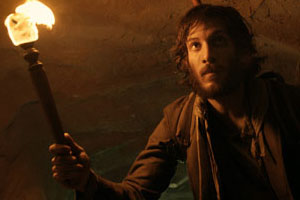