The Arbiter: Right or wrong?

On the surface the second film from Estonian director Kadri Kõusaar – whose debut feature Magnus screened as part of Un Certain Regard at the 2007 Cannes Festival - looks to be a rather ordinary thriller which offers a couple of thrills and shocks before heading to oblivion on the bottom of the DVD shelf. But on closer inspection The Arbiter – which was shot chiefly in the UK with the dialogue in English – is a flawed but often intriguing and fascinating examination of morality and accountability.

Lee Ingleby plays John, an academic whose cosy life is shattered when his fiancée decides to have an abortion and leave him.  He decides to go on a road trip with his daughter Ronja, for whom he provided donor sperm, in order to get away. But as the trip develops it soon becomes apparent that John is eager to share with Ronja (Lina Leandersson) a darker side of his life.  A proponent of Social Darwinism, John believes the weak, the old and the ‘morally wrong’ are a drain on society. And his is prepared to help the meet their ends. As Ronja becomes involved with a cycle of killing, the morality of which is confusing and strange to her young mind, John increasingly becomes sure as his position as the ultimate arbiter of right and wrong.

Kõusaar remains a controversial filmmaker in her native Estonia (and the fact that Magnus is still banned worldwide thanks to an ongoing lawsuit does nothing to diminish this reputation) and the film is indicative of her willingness to explore complex issues. While the spine of the film is standard genre fare, there’s clearly a lot going on here as the film tries to get to grasp with a number of complex and thorny issues. Interestingly, the nature of John’s ‘arbitration’ is never wholly condemned as he goes from passing judgement to a slimy paedophile to a coach load of infirm and innocent OAPs and the film tries to show how easy it is to slip into a mode of moral certitude. In some quarters Kõusaar has been condemned for being provocative but – while it’s often feels she is trying a little too hard to shock – it’s this willingness to try and provoke some sort of response and deal with ideas that moves the film into interesting territory.  Aesthetically, Kõusaar has a fine eye for creating some arresting sequences including a lovely moment when John invades a nightclub to replace the banging techno music and a later surreal club scene which drips with religious symbolism.

There’s a feeling that Kõusaar is deliberately leaving things elliptical in order not to ‘spoonfeed’ the audience. However, the film goes a bit too far leaving some narrative points and character motivations (including the beginnings of John’s murderous spree) frustratingly vague. It’s also not helped that, despite her best efforts, Lina Leandersson doesn’t really have a chemistry with her onscreen father and her blithe reaction to his actions seems – at the very best – unbelievable. It’s a credit to Ingleby that, even with some of narrative imperfections, he makes John a compelling, chilling and – on occasion – sympathetic character and he really helps carry the film.

If you approach this as a genre piece then The Arbiter will disappoint. But if you approach it as a piece of dark satire then there’s a lot more to uncover and enjoy in the film despite its flaws. Certainly, UK audiences especially would recognise a lot of parallels with the current UK government and their austerity measures which are firmly based on stopping those people they consider to be a ‘drain’ on society.

Released in Estonia, the film is still looking for international releases and festival screenings. While it would seem hard to place due to its subversive nature the film is certainly a contrast to films from other Estonian directors and should spark interest especially in the UK.

more about: The Arbiter

Estonian producer Aet Laigu is most commonly seen paired with director Kadri Kõussar, and the two have teamed up yet again for the film Mother

Kadri Kõusaar’s third feature film, a claustrophobic film dealing with one woman’s solitude, was screened as part of the Discoveries line-up of the Warsaw Film Festival

Kadri Kõusaar’s Mother to be the Estonian Oscar candidate

The third feature by the Estonian director is a dark comedy

The festival will honour the best talents of the region from October 9 to 27, including Child's Pose and Circles

The Arbiter competes in Karlovy Vary East of the West competition

The Arbiter: Right or wrong? 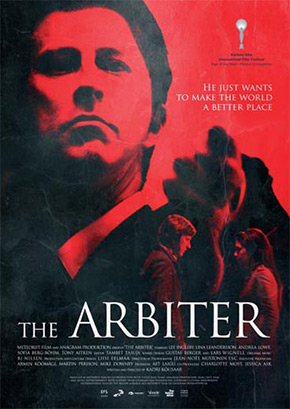 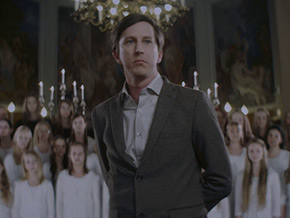 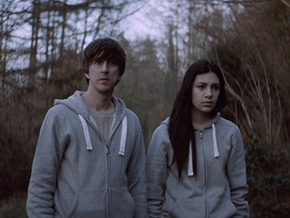 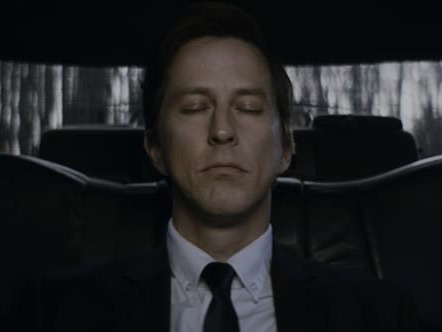