03/04/2013 - Paranoia, puzzling mysteries and untamed nature for a promising first feature film from Turkey, rewarded by a Special Mention in Berlin.

A magnificent Anatolian canyon bathed in sunshine, but also known as a "land which makes everyone wild", could be considered as the main character in Beyond the Hill [+see also:
trailer
interview: Emin Alper
film profile] , the first feature film by promising Turkish filmmaker Emin Alper, discovered last year in the Forum of the Berlinale (and winner of a Special Mention) and which has since won about twenty awards.

In this highly suggestive and isolated location, tensions come to a peak in this drama set at the heart of a family microcosm, while its allegorical overtones depict a resonant portrait of the violence pervading Turkish society, and more generally its communities’ tendencies to find scapegoats to get rid of their internal conflicts. In the very first scene, a rifle is pulled out, searching in vain for a target. The old Faik (Tamer Levent) is holding it. He raises goats and grows walnut trees and poplars in this valley tucked away between steep rocky hills. He lives here with his sharecropper, Mehmet (Mehmet Ozgur) and the latter's family (his wife Meyem – Banu Fotocan -, his son Suleyman – Servan Gümüs -, and young daughter). Faik’s family arrives from town: his son Nusret (Reha Ozcan) and grandsons Zafer (Berk Hakman) and Caner (Furkan Berk Kiran). All the protagonists are united for a country outing, presumably without anything at stake, a simple occasion to see each other again, go for a walk and share meals outdoors in a male-dominated atmosphere (the woman stays behind the stove). However, right from the start, other characters are mentioned, mysterious nomads beyond the hill, with whom Faik has issues (their goats wander onto his land). No less mysterious are soldiers on a discreet patrol.

Following the wanderings of these characters in the valley, Emin Alper (who also wrote the screenplay) manages to create a disturbing atmosphere, playing on the possibilities offered by the location (a silhouette at the top of the cliff, stones suddenly falling, a shot fired in the distance...) and on the personalities of his protagonists, especially Zafer, who suffers from psychological problems (inherited from his time in the army), which can lead to hallucinations. Skilfully covering his tracks, the director scatters a few clues, opening the door to interpretations of a sequence of events which see gunshots hitting their targets and triggering retribution on the invisible nomad enemy. Without unveiling too much of the plot, we can reveal that the relationships between the protagonists are not as clear as they first appear. The fears, desires and strangeness which come into play will gradually crystallize, feeding the lies and things left unsaid that the spectator observes but cannot really clarify.

By navigating artfully between the genres (thriller, drama, comedy) and playing with the codes of westerns, Emin Alper unveils little by little a second level of reading involving the weight of patriarchal authority and sexism, the venom of the Turco-Kurdish conflict and the use of a more or less imaginary enemy to avoid facing one's own internal problems.

Skilfully filmed and edited, Beyond the Hill transforms a lack of production funds into minimalist atmospheric assets and distils an intriguing charm which easily makes up for a few imperfections (notably a few slightly mechanical episodes in the screenplay). We already await with real curiosity the next opus by this director who hopes to transpose this paranoid climate to an urban location.

more about: Beyond the Hill

Encounter in Paris with the Turkish filmmaker on the occasion of the French release of his first feature film, the widely-acclaimed Beyond the Hill.

Paranoia, puzzling mysteries and untamed nature for a promising first feature film from Turkey, rewarded by a Special Mention in Berlin.

“No one knows what the future holds”

Turkish director Emin Alper is back with Frenzy, which won the Special Jury Prize at Venice and is on general release now in France; he also discusses his project Sisters

Song of My Mother: story of a Kurdish son

Memento riding the crest of the wave

A strong start for Ida, and purchases in Berlin for Golden Bear winner Black Coal, Thin Ice, Stations of the Cross and Macondo

Emmanuelle Devos hops on the train in Just a Sigh

The actress lights up Jérôme Bonnell’s film, alongside Gabriel Byrne. Also on screens this week, films by Bellocchio, Alper and Allouache

The top prize stays in Europe, but other important awards go to other continents 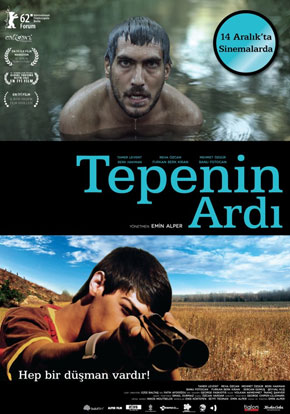 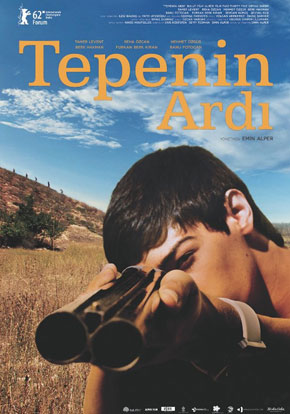 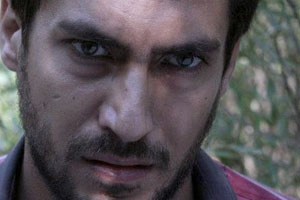 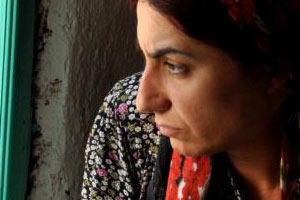 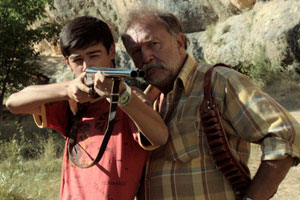 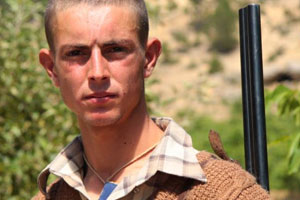 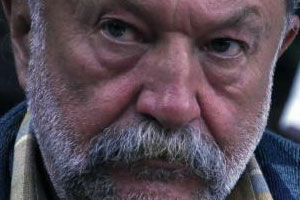 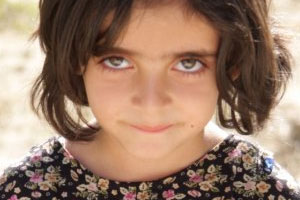