Grigris: he dances against all odds

"Money, money, money". In N’Djamena, the capital of Chad, notes are counted and counted again with the utmost attention, whether they are scarce or plentiful, the temptation of taking a few being greater when extreme poverty and survival are at stake. In this environment in which illegality flourishes, a young man however gives it little importance. It is not that Grisgris is rich since his father owns a small tailor-photographer shop in a nondescript neighbourhood with potholes in the road. On the contrary, he would have all the reasons in the world to take the wrong path to escape another blow of fate: he has a gimpy leg. But he also has a passion and talent: for dancing.

His subjugating style (made more personal because of his handicap) makes him a local celebrity and brings him the protection of Moussa, a kingpin at the head of a petrol trafficking gang. But when the hospital demands 700,000 CFA francs (ie. slightly more than 1,000 euros, an astronomical sum on the scale of the Chadian working class) to treat his stepfather, the dancer has to take the plunge and venture into the world of the night. Such is the plot of Grisgris [+see also:
trailer
film profile] by Mahamat Saleh Haroun, presented in competition at the 66th Cannes Film Festival with delegate production handled by French company Pili Films.

Best First Film Prize in 1999 in Venice, where he also won the Special Prize of the Jury in 2006 with Daratt – Dry Season [+see also:
film review
trailer
film profile], present at the 2005 Directors’ Fortnight and Prize of the Jury in Cannes in 2012 with A Screaming Man [+see also:
film review
trailer
film profile], the Chadian filmmaker does not lack any solid cinematographic arguments and many scenes in his new opus are a perfect illustration of this fact. The world of the night, empty streets with pale lighting, bars where the frenzy of music takes over, traffickers swimming and pulling rafts of petrol through the river and into the entrails of the city through the sewers, this world where the dominant colour is red and where everything is permitted (even for the most fervent Muslims) is grasped by Mahamat Saleh Haroun with great intensity in a documentary style polished by the art of the cinematographer Antoine Héberlé. The camera relentlessly follows the incessant movements of Grisgris (played by Souleymane Démé who carries the film on his shoulders with his charisma), to the extent that we would nearly forget his handicap, which is transcended in a very accentuated and strange swaying of the hip.

Progressively turning into a thriller, the film witnesses its protagonist fail to enter the criminal world, and then succeed so well that he steals money during an important transaction and pays the hospital. He later swears on the Koran that he did not commit this act. But the petrol gangsters are not that easily fooled and send a killer to find him, which leads him to leave the city with Mimi, the beautiful prostitute he loves.

Bathed in the codes of the thriller genre to depict the grim daily life of Africans in big cities, Grisgris is a balance between a sometimes fascinating realism and slightly less convincing elements of fiction, especially the depiction of prostitution and the ending which nearly sounds like an optimistic fable. But nothing will be able to erase the image of Souleymane Démé, aka Grisgris, and his incredible elastic arabesques, which illuminate the sky of Africa.

The actress who rose to prominence in Parisienne is about to star in the feature debut by Gaya Jiji, which is being produced by Gloria Films and sold by UDI

The filmmaker, who has been awarded at Venice and Cannes, will assemble a cast including Eriq Ebouaney, Sandrine Bonnaire and Bibi Tanga; production is entrusted to Pili Films and sales to MK2

An especially big line-up at Cannes for Doc & Film International

Philippe Garrel’s Lover for a Day for Arte France Cinéma

Greenaway, Panfilov and Assayas meet under the Midnight Sun

Abbas Kiarostami on the jury for short films and Cinéfondation 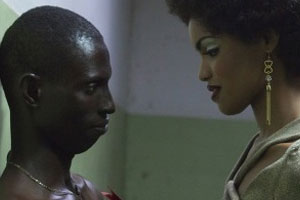 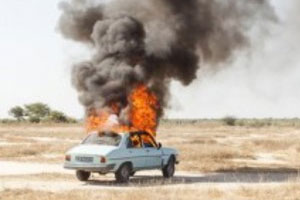 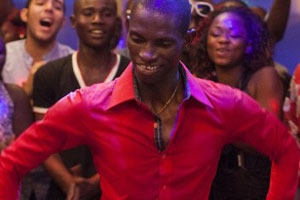 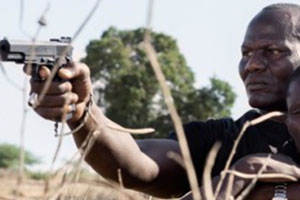 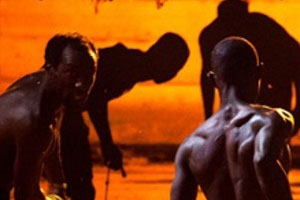 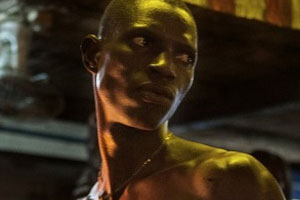