An Episode in the Life of an Iron Picker

10/07/2013 - Danis Tanović's fifth feature film, which is difficult to categorize as fiction or documentary, is arguably his artistically and emotionally most satisfying offering so far.

Bosnian writer-director Danis Tanović has has presented his fifth feature film, An Episode in the Life of an Iron Picker [+see also:
trailer
interview: Danis Tanović
film profile], in the Berlinale competition. Formal definitions such as docudrama, let alone fiction and documentary, simply do not do justice to this powerful offering, with its intense, naturalistic performances.

Set in a Bosnian village far from urban centres, the film tells the story of a Roma family living in circumstances typical of the ethic group everywhere in Europe. Nazif collects scrap iron and sells it to make a meager living for his family - pregnant wife Senada and two small daughters. They live in a decrepit house, have outstanding bills they have no means to pay, but are happy to be together under at least some kind of roof. Their love for their children and mutual affection are heartwarming and sincere.

One morning, while washing a dress, Senada suddenly doubles up due to severe abdominal pain. Nazif takes her to a hospital in the city of Tuzla and it turns out that she has had miscarriage and the dead fetus has to be surgically removed. But she has no health insurance, and €500 for the procedure is way beyond their means. This is where their race with time and fight with the lack of support in the country without a properly regulated health (or any other) system begins.

Nazif, Senada and their daughters, as well as other inhabitants of the village, actually play themselves, re-enacting a real-life incident that happened to them one year before the film was shot. This is always a risky endeavour for a film-maker, because it completely depends on non-professionals who are not able to act and he has to rely on their natural abilities. But Tanović must have sensed that this particular family has what it takes to play in a film and took the chance which paid off handsomely. At the beginning of the film, the little daughters frequently look directly into the camera, and in early scenes Nazif and Senada may appear a bit awkward when they display their sincere affection for each other in front of the camera, but as the film progresses, audience easily gets drawn into the touching and enraging story of real people who are victims of a non-functioning state mechanism and racial discrimination.

Tanović's own rage at the situation in his country and the way it affects common man is almost physically palpable in this powerful piece of naturalistic storytelling. But this is not strictly a film of social engagement, it is primarily a humanistic story which shows how a good man is able to do anything for his family. This is why the film rings so true and it goes to the director's credit that he has expertly told a universal story with strong local edge.

Tanović's approach follows the Yugoslav Black Wave of the late 1960s and the works of Želimir Žilnik, Dušan Makavejev and Živojin Pavlović who were winning the main Berlinale awards at the time. The director tells a contemporary story of burning social issues using the exact right channels, just like those film-makers used to do, and although he must have been aware of this fact, it was certainly not his intention just to emulate the old masters. This is arguably Tanović's most successful film to date, overshadowing both his Oscar-winning No Man's Land [+see also:
film review
trailer
film profile] and the intense Hell (L'enfer), which he directed from a script by Kieslowski and Piesiewicz.

An Episode in the Life of an Iron Picker was co-produced by Bosnia's SCCA/Pro.ba, France's Asap Films and Slovenia's Vertigo/Emotionfilm. The Match Factory handles the international rights.

more about: An Episode in the Life of an Iron Picker

An Episode in the Life of an Iron Picker

Danis Tanović's fifth feature film, which is difficult to categorize as fiction or documentary, is arguably his artistically and emotionally most satisfying offering so far.

Directing is a view of the world

An Episode in the Life of an Iron Picker had its world premiere in the Competition of the Berlinale and won the Jury Grand Prix and the Silver Bear of Best Actor for Nazif Mujic.

Death in Sarajevo, where past and present always overlap

Song of My Mother wins at Sarajevo 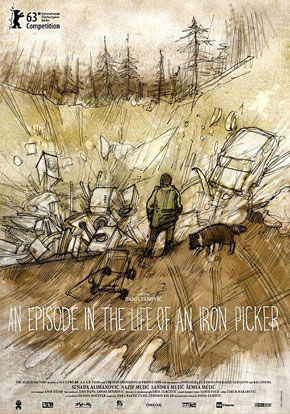 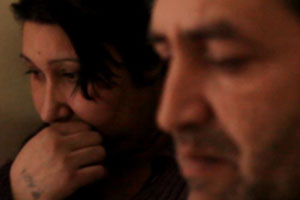 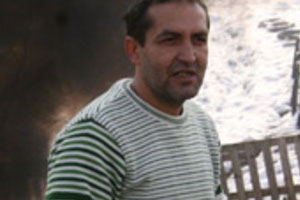 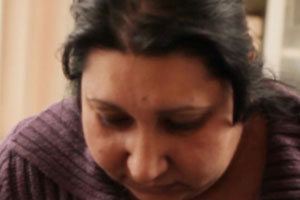 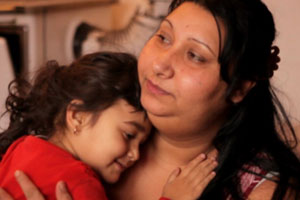 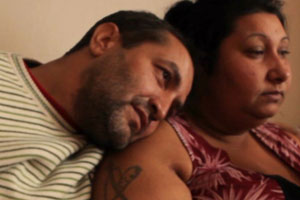 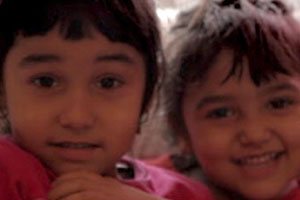