Locarno 2013: Story of my Death wins the Golden Leopard

17/08/2013 - The 66th edition of the Locarno Film Festival ended on Saturday with the victory of a Spanish-French coproduction. The Portuguese film What Now? Remind Me is awarded the Special Prize of the Jury 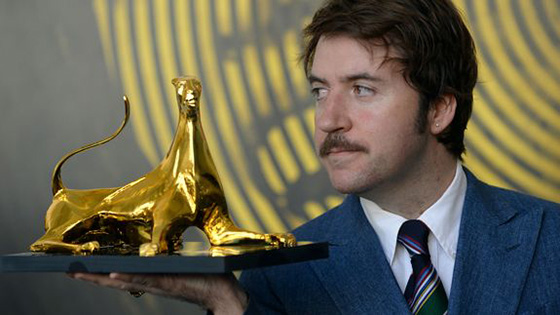 Besides Albert Serra’s film (read the interview), the jury honoured the Portuguese film What Now? Remind Me [+see also:
film review
trailer
film profile] by Joaquim Pinto (read the review) by awarding it a Special Prize.

Whilst the first two prizes went to European productions – just like one of the two Special Mentions which rewarded Tableau Noir [+see also:
film review
trailer
film profile] (read the review) by Swiss director Yves Yersin — the rest of the prize list of the international competition rewarded non-Europeans. Thus, the Best Director Leopard went to South Korean director Hong Sangsoo for his Our Sunhi, the Best Actress Leopard to American actress Brie Larson for her role in Short term 12 by Destin Cretton (the American film also received the second Special Mention of the International Jury) and Peruvian actor Fernando Bacillo won the Bets Actor Award for El Mudo by the Vega brothers, a coproduction between Peru, France and Mexico.

The Leopard for Best First Film went to French duo Gilles Deroo and Marianne Pistone who directed Mouton [+see also:
trailer
film profile]. The film was also rewarded in the Filmmakers of the Present competition in which it won the Special Prize of the Jury. In this same competition, another European stood out as Best Rising Director, Spanish filmmaker Lois Patiño who presented his first feature: Coast of Death [+see also:
film review
trailer
interview: Lois Patiño
film profile]. The Golden Leopard for the Filmmakers of the Present’s section went to Manakanama by Stephanie Spray and Pacho Velez, a coproduction between Nepal and the USA. Also competing in the Best First Film category, Manakanama received a Special Mention.

Golden Leopard
Story of my Death by Albert Serra, Spain/France

Special Prize of the Jury
What Now? Remind Me by Joaquim Pinto, Portugal

Filmmakers of the Present

Special Prize of the Jury - Ciné + Filmmakers of the Present
Mouton by Gilles Deroo and Marianne Pistone, France

Leopards of the Future
(International Competition)

Prize of the Public UBS
Gabrielle by Louise Archambault, Canada

Dracula meets Casanova in Story of My Death