A Street in Palermo, women who challenge themselves

29/08/2013 - An encounter and confrontation in a narrow Palermo alleyway of Rosa and elderly Samira, in the debut film of Sicilian playwright Emma Dante

“I had never been there. I realise I was born there.” The debut film by Palermo born playwright and director, Emma Dante is all in this short poem by Giorgio Caproni, called "Constatazione" (realisation), which is quoted at the end of A Street in Palermo (Via Castellana Bandiera), in competition during the Venice Film Festival.

The encounter in a narrow alleyway of Rosa, played by the director herself, and elderly Samira (Elena Cotta, a life dedicated to theatre) is above everything else a realisation. Far away from a land, an island, which does not accept any regrets, Rosa finds herself accompanying her young partner Clara (Alba Rohrwacher) to the wedding of friends. The couple is going through a crisis. The heat and the unique sensorial elements of the streets breed street conflicts. In the alleyway that gives the film its title, where Emma Dante actually lived for years, the car Rosa drives, drives into Samira’s. Samira is crippled by grief after the death of her daughter and is traveling with her son-in-law and grandchildren. Neither wants to reverse. The realisation for Rosa signals a necessity to come to terms with her past and her future. To liberate herself from old ties, from the nets that trap both fish and men, to be free to take a different direction.

During the course of the film, between irony and metaphor, the confrontation reaches massive proportions, to the level of Sergio Leone and his western duels under the sun. The two women watch each other from afar, challenge each other, give up food and drinking, make it a question of life and death. And the neighbourhood’s men mercilessly use them, to the point where they start taking bets on who will come out on top. Young grandson Nicolò is the only one who manages to escape from the ferocious and archaic rules of male autocracy. Interpreted by a surprising Dario Casarolo, found after a long casting process in Palermo schools, the boy is the only one to communicate with his grandmother, through an affectionate and tender relationship. The only one to hint at an opening onto the broader world.

Emma Dante’s social theatre is interested in “the world’s incivilities” in which family is pain and marginalisation is survival. The language used has a Sicilian crudeness and roughness to it, transmitting untranslatable feelings and states of mind. In the film, which is often subtitled, the use of dialect is also a barrier between the local community of via Castellana Bandiera and the others: outsiders. Many of the actors in the film belong to the Sud Costa Occidentale theatre company, founded by Emma Dante in Palermo in 1999. "We try and make our Palermo discomfort profitable," Emma, whose theatre evokes the city’s dreams, says. "This is why we cannot leave."

more about: A Street in Palermo

“A street: observation tower for the rest of the world”

A female duo is the film debut by the avant-garde filmmaker, who hopes her film A Street in Palermo will cross European borders.

VENICE 2020: In retracing the entire lives of five sisters in Palermo, Emma Dante tugs at the viewer’s heartstrings and treats us to some wonderful visual solutions

Emma Dante is shooting her new film, The Macaluso Sisters

Filming imminent on Marco Bonfanti's The Man Without Gravity

Where Shadows Fall: A Swiss genocide 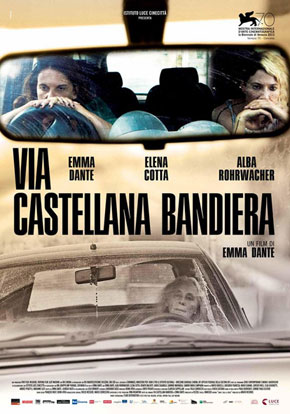 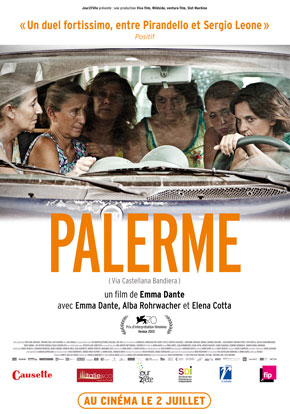 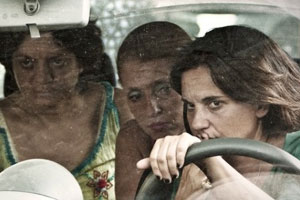 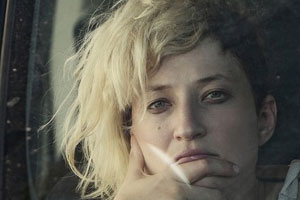 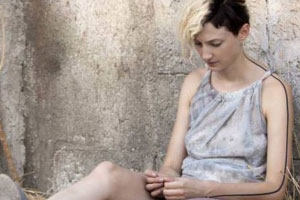 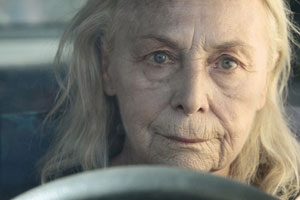 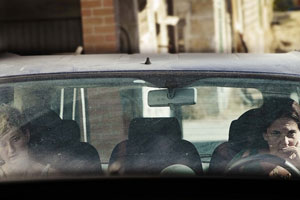 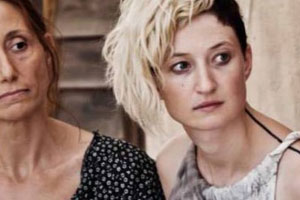