VENICE 2013 Out of competition

Locke, everything in one night for Tom Hardy 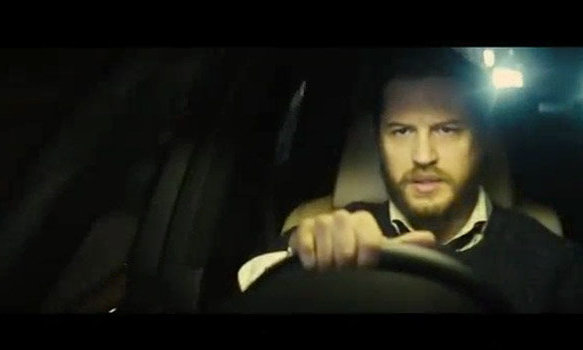 Locke, written by the director and produced by Paul Webster’s Shoebox, marks a decisive moment in Tom Hardy’s rising acting career. The film incorporates roles that are physically demanding and calls for a transformation the British actor was more than up for. From the violent convict in Bronson [+see also:
trailer
film profile] by Nicolas Winding Refn in 2009, to the combative boxer in Warrior by Gavin O'Connor, to the heart of gold outlaw in Lawless by John Hillcoat and the ice-cold spy Ricki Tarr in Talpa by Tomas Alfredson, ending with the dream maker in Inception and a psychopathic Bane, enemy of Batman, in Dark Knight, both directed by Christopher Nolan.

In order to play Locke, Hardy was required to recite while sitting behind the wheel of a BMW for 85 minutes. The editing makes the film seem like it is being filmed in real time, although the director revealed that each scene was shot ten separate times, with the best parts being chosen later.

Even if the psychological drama is set in a moving car, Locke manages to develop enough tension to become a compelling thriller. Tom Hardy is in a race against time to prevent the catastrophe his life seems to be heading towards. He alternates between being on the phone with a number of different interlocutors or speaking to himself. Thanks to Hardy’s performance, and the voices of various actors on the phone (Ruth Wilson, Olivia Colman, Andrew Scott, Tom Holland and Bill Milner), Steven Knight manages to keep his audience on its toes.

Ivan Locke/Tom Hardy is the well-regarded overseer of a construction site in a London embroiled in constant urban transformation. What will happen the following day on his site is of historical significance: tons of fresh concrete is to be dropped off by dozens of lorries to start the construction of a gigantic skyscraper.

Despite being responsible for the complex operation, Ivan chooses to follow his own choices, which will transform his existence and distance him from the destiny of his family and a father who abandoned him before birth. He gets into his car and goes to join a fragile woman he became tied to after just one night in which he cheated on his wife.

At the same time, he has two tasks to achieve. The first is the most difficult. He needs to call his wife Katrina and convince her he loves her despite everything and wants to go back to her and their children. The second involves passing on his duties to his assistant Donal and guiding him through an operation which failure would cost over $100 million to his Chicago client. As Katrina tells him, “the difference between never and once is the same difference between good and bad.”

New projects on the cards for Luca Guadagnino

The David di Donatello awards: Black Souls in the lead with 16 nominations