The drama of bullying in The Reunion

06/09/2013 - The first feature length film by Swedish artist Anna Odell tells the story of a dramatic reunion between old classroom companions, between reality and fiction 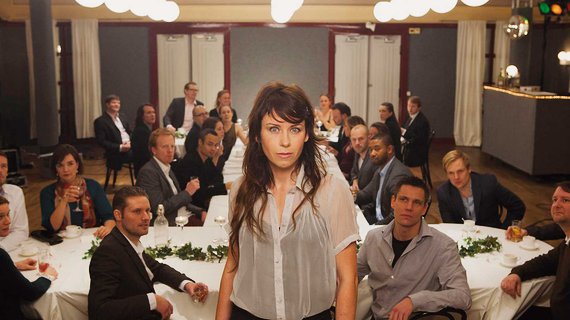 Reunions between old school companions do not always go well. There are debates about who has aged the best, who has been the most successful, and results can be deceiving. In the debut work by Swedish artist Anna Odell, a school reunion goes straight to nightmare. Presented at Critics’ Week at the 70th Venice Film Festival, The Reunion [+see also:
trailer
film profile] is an intimate journey the filmmaker makes to the roots of suffering - far away from time, resurging today, having left a profound mark: that of having been the victim of bullying for so many years, marginalised and made fun of by classmates.

The film is divided into two parts where reality and fiction mix. In the first, we see the class reunion. Anna Odell plays herself. When it comes to the moment for toasts, she stands up and starts speaking. She talks about her memories, which are far from happy. Exclusion, humiliation, power games. She looks at her former abusers in the eyes and does not hold back on accusations. The party turns into a fight and Anna will be taken and thrown out.

In the second part, Odell reveals what we have already seen is what would have happened if she had truly taken part in the class reunion, which was organised twenty years after graduation. But she wasn’t invited. So she starts looking for her former classmates and asks them to come and watch the film with her, in order to confront their common past together. Some refuse the invite, others reluctantly accept.

What is surprising in Odell’s film is how, twenty years later, it seems like nothing has changed. The attitude of the group towards Anna is more or less the same. A rejection stopped in time, without any evolution. Anna is today a successful artist, but to her former classmates (played by other actors in the second part of the film) she is still the same shy loser to be avoided. The film offers a reflection on bullying and its dramatic consequences, through the direct voice of someone who was a victim to it and years later went back to try and get explanations, all the while refusing excuses, sudden full schedules and voicemails that are thrown her way.

Nobody asks for forgiveness. “Would you like it if it happened to your daughter?” Odell asks the former class leader – the one who everyone followed and who could have saved Anna from isolation, if only he had wanted it. “It couldn’t have happened to my daughter, she reacts,” comes the chilling answer. The doubt remains whether such cruelty is real. But that is not important: the film is like a punch to the stomach and when it comes to themes like bullying – grey zones are useless.

more about: The Reunion

The drama of bullying in The Reunion

The first feature length film by Swedish artist Anna Odell tells the story of a dramatic reunion between old classroom companions, between reality and fiction

“I have decided that art is more important than fear” 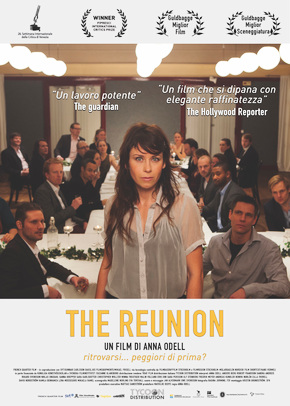