First Snowfall: Pain is overcome in the woods

07/09/2013 - Andea Segre’s second feature length film after winning the LUX prize for Shun Li and the Poet, is set in a Trentino valley. In Italian cinemas October 17

“Things that smell the same should stay together,” Pietro (Peter Mitterrutzner), the old carpenter says about honey and wood. This is also the case for parents and their children. “But I no longer know what smell I have,” Dani (Jean-Christophe Folly) replies. He was born in Togo and escaped to Italy after war broke out in Libya. He does not feel like a good father, nor does he enjoy looking at his infant child, not yet turned one, who survived her mother in the journey over at sea.

Dani is staying in a guest-house in Pergine, a small village in the Trentino mountains, by the Mocheni valley. He goes to work for Pietro every day. Pietro has a daughter-in-law, Elisa (Anita Caprioli) and a rowdy 10-year-old grandchild, Michele (Matteo Marchel). Dani and Michele share the same wound, the same pain. Michele has just lost his father in a mountain accident and blames his mother.

First Snowfall [+see also:
trailer
film profile] by Andrea Segre, presented in the Orizzonti section of the Venice Film Festival, reveals new elements in the director’s style, albeit not veering off path. As a communications sociologist, Segre became interested in European immigration, getting involved in the international non profit world. After making various documentaries, he turned to fiction in 2010, with Shun Li and the Poet [+see also:
film review
trailer
interview: Andrea Segre
interview: Andrea Segre
film profile], which won the European Parliament’s LUX prize in 2012.

“But for the second film, the challenge was not to start off with a similar them that the first,” the director told Cineuropa. “What happens to Dani when he comes into that family is that he becomes necessary to those people. Which is something that happens to many families and companies across Italy. I therefore tried to show the normal side of things, rather than the problems that may occur when different cultures meet. And this was what was needed in order to tell the story of a father who is unable to be a father and a son who no longer can bring himself to be a son. To film all of this in the woods was my dream.”

“The core of my research and narration is basically the dignity that you can find in a crisis, a situation of suffering, of injustice, because to lose a father is unjust. When I looked at these situations in real life, I saw a great ability of people to tell the story of this dignity and make it become an element for rebirth, especially when you are not alone, when there is someone with whom to share and rebuild. This is something that also happens to the people in my documentaries, Mare chiuso and Il sangue verde.”

The land is, as so often happens in films, one of the film’s protagonists. One of the starting points from which this idea was born was the meeting between people fleeing the Libyan war who were welcomed in Trentino, in Val di Cembra, in a state of isolation and abandonment. The woods, like lagoons, are places where a strong nature enable you to feel surrounded and intimate. I wanted the place where both pains met to be where nature gave you the opportunity to be at home.”

A turning point for L’ordine delle cose by Andrea Segre

Shooting on the upcoming film by the director of Shun Li and the Poet kicked off on 6 March and will wrap up in mid-April. An Italian-French co-production by Jolefilm and Mact Productions

The Belgian and Italian will be back in May in the debut feature by Bruno and Fabrizio Urso. A production managed by To Be Continued with Revolver 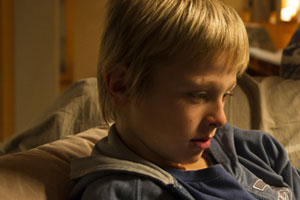 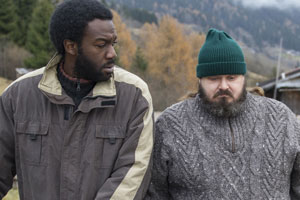 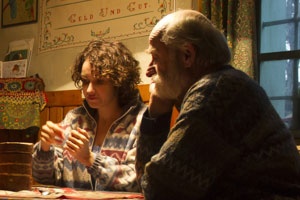 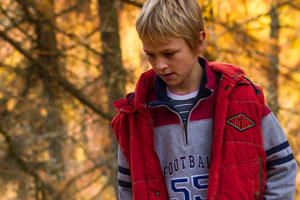