08/09/2013 - A map of stories and landscapes that gravitate around the motorway ring that surrounds Rome.

What do a fallen Piedmont aristocrat who lives in a studio with his family, a botanical expert who is looking for a cure against larva ravaging palm trees, a Prince with his castle-set used for photo novels, an ambulance worker and an eel fisher who lives on a raft along the Tiber have in common? Nothing much, except that they all live and work around the motorway ring that surrounds Rome (GRA). Gianfranco Rosi travelled along these 70 kilometres of urban motorway, which surround Rome like one of Saturn’s rings, to make his documentary Sacro GRA [+see also:
trailer
interview: Gianfranco Rosi
film profile], Golden Lion at this year’s Venice Film Festival.

For Romans, the GRA is synonymous with chaos, long lines and missed exits. Along this concrete belt, which barely contains the city’s chaos, there are places that bubble with pockets of life. Rosi explored this no man’s land and singled out women and men who might be filmable, with adventures that could be told. After filming and editing 200 hours of film (with Jacopo Quadri), he transformed these stories into a film.

In Boatman, Rosi made a film about a boatman on the Ganges river, with Below Sea Level, he moved to the American desert to film a deserted military base and a community of homeless people, in El Sicario, room 164 he zeroed into a former drug trafficker and murderer from the Mexican cartels. In Sacro GRA, the documentary filmmaker admits there is little difference between real-life cinema and fiction and undertakes a geographic exploration through this tail-biting snake, built in the 1960s during mass motorization.

The film’s conception started with urban landscape artist Nicolò Bassetti, who put forth an idea to the director to map the multiple identities within this place through its stories and people.  The director’s guides through this endeavour were architect Renato Nicolini and Italo Calvino’s Invisible Cities, which underlines the meeting between real life and imaginary journeys. Far away from the capital’s molls and in great contrast to Paolo Sorrentino’s Great Beauty [+see also:
film review
trailer
interview: Paolo Sorrentino
film profile], Sacro GRA is a tale on spectacular immaterial identities, in all their fleeting and fantastical expressions, from botanical alchemists and ultra-kitsch princes, to ambulance working mummy’s boys and fishermen with the greatest of popular wisdom.

Produced by Marco Visilberghi with DocLab with French La Femme Endormie, the film is coming out on September 26, distributed by Officine UBU.

A map of stories and landscapes that gravitate around the motorway ring that surrounds Rome.

“One of Saturn’s ring behind which possible futures hide”

Gianfranco Rosi visits the borders of war zones in Notturno 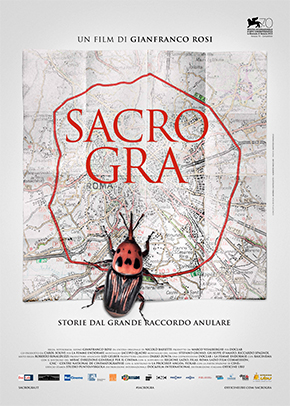 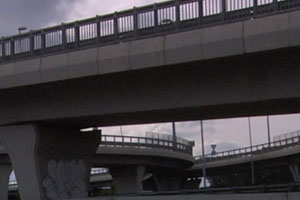 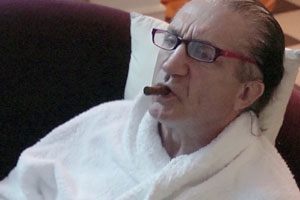 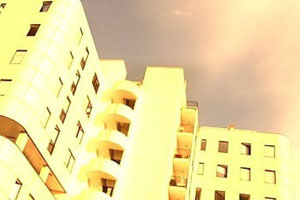 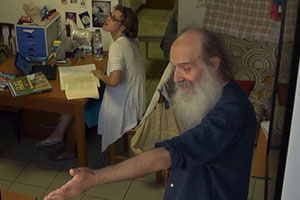 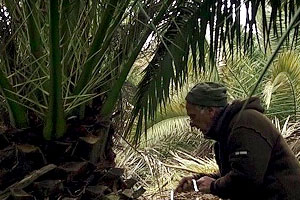 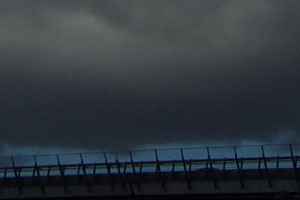