For most audiences, the first association to the term “Bosnian film” is war, followed by poverty and social problems. But Bosnian director Faruk Loncarevic’s second feature film With Mom [+see also:
interview: Faruk Loncarevic
film profile], which was screened in the competition of the 19th Sarajevo Film Festival and won the Cineuropa Award, although indirectly connected to the Balkan war and its consequences, is a decidedly bourgeois affair tackling issues of loss, grief, guilt and coming-of-age in the story of a Sarajevo upper middle class family.

The eponymous Mom is Jasna (Croatian actress Mira Furlan, a living legend of Yugoslavian cinema), a respected hematologist who is losing an eight year-long battle against breast cancer. Jasna is a strong, dominant and now embittered woman who keeps snapping at the members of her family for every little thing they do or fail to do: quiet husband, engineer Mladen (played against type by one of the region’s most popular comedians Branko Djuric) and older daughter Berina (brightest new star of Bosnian cinema Marija Pikic, who debuted marvellously in Aida Begic’s Children of Sarajevo [+see also:
film review
trailer
interview: Aida Begić
film profile] ). The only person she speaks to without anger is her sister, fellow doctor Kaća (Croatia’s Sanja Vejnovic), with whom she can share the medical details of her illness.

Berina is an introvert teenager who does not seem to display much emotion, but is obviously desperate and resorts to any remotely possible solution to try and help her mother, including religion and even superstition. When Jasna discovers a talisman she placed under her pillow, she screams at Berina, "Is this how we brought you up?!", revealing the humanistic, even scientific outlook of the family whose views of the world are strongly based on reason as opposed to any sort of magical thinking.

Loncarevic contrasts this with Berina’s brief romance with religious boy Tarik (Igor Skvarica), after she falls in a trance experiencing a Sufi ritual in a mosque that he takes part in. But although Tarik’s intentions are serious, to Berina this is just another attempt to both deal with her own developing sexuality and fight the impending family tragedy.

Perhaps the strongest scenes in the film feature Mladen, ridden with guilt for sexual desire that is so often connected to and amplified by grief. He brushes off advances from a co-worker, but even the fact that he ends up in such a situation signals to him a betrayal of both his wife and himself. Main credit for these sequences goes to DoP Oleg Mutu (key figure of the Romanian New Wave, also responsible for Sarajevo prize winner In Bloom [+see also:
film review
trailer
interview: Nana Ekvtimishvili and Simo…
film profile]) who cleverly chooses angles and close-ups, carefully framing the shots to maximum effect.

Characters in the film have few lines to deliver and Loncarevic instead relies on the whole cast’s superb ability to display thoughts and feelings simply through facial expressions and contained body language. Although it is Furlan’s tour-de-force performance that drives the narrative, the energy brimming behind subtle and powerful roles by Pikic and Djuric, as well as tight-lipped Vejnovic’s small but crucial contribution, give the film emotional substance.

The lack of a music score removes any melodrama from the story with such a dramatic subject matter, and a memorable scene near the end featuring Pikic and symbolic but very direct use of diegetic music strengthens this impression.

With Mom is a co-production between Bosnia’s SCCA/Pro.ba, Germany’s Detailfilm and Slovenia’s E-motion film/ Vertigo and Restart.

more about: With Mom

Adis Ðapo, the first producer from Bosnia and Herzegovina to be selected for Producers on the Move, has worked on some of his country’s most acclaimed films including Death in Sarajevo

Macedonia selects To the Hilt, Bosnia chooses With Mom, and Slovenia sends Seduce Me

In Bloom wins the Heart of Sarajevo for best film; Cineuropa prize goes to With Mom

The closing ceremony for the 19th edition of the Sarajevo Film Festival took place on Saturday, August 24. Georgian film In Bloom received the most awards 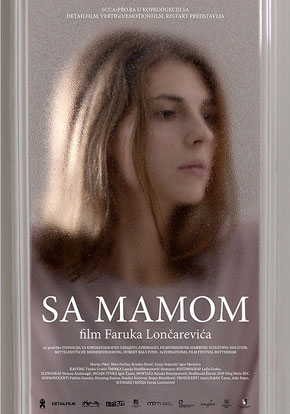 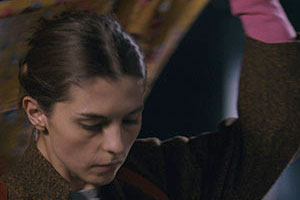 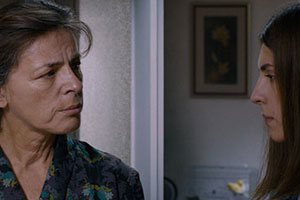 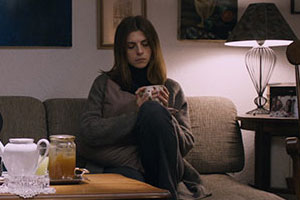 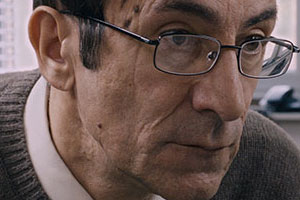 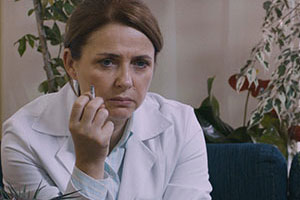 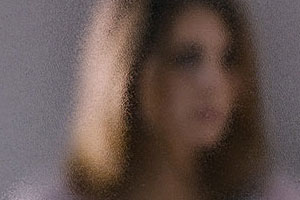