French filmmaker Bertrand Tavernier, very much appreciated at the San Sebastian Festival (where he previously presented Holy Lola, Ça commence aujourd'hui and Capitaine Conan, which were welcomed very enthusiastically), this year returns with Quai D´Orsay [+see also:
trailer
film profile], a film which, mercilessly, but with a lot of humour, attacks current politicians, who are half-clowns, half rock stars, and take more care with their slogans and the public’s appreciation that they do with their governing mission, because for those unpleasant tasks, they have teams.

A sly fox, Tavernier introduces us to the Ministry of Foreign Affairs with apparent lightness, through Arthur Vlaminck (Raphael Personnaz), a young politically committed man hired to write the speeches for Minister Alexandre Taillard de Vorms (played by a hilarious Thierry Lhermitte who plays with contagious pleasure a Dominique de Villepin clone). The latter is an attractive and athletic man, tanned and well dressed, who announces his arrival in the palace’s corridors with an energetic step followed by a bustle of trembling doors and flying papers. Like young Arthur, the public is catapulted into this universe, which even has its squires, courtesans and small cliquey groups.

At 72 years old, Tavernier is in great shape, notably with the heavy and brilliant editing of his interior scenes, saturated by dialogue. Alexandre has all the features of a cartoon character: he is a man who worries more about the quality of his highlighters, jogs around the Senate and a seductive Literature Nobel Prize winner (played by a stupefying Jane Birkin) than he does about the conflict that threatens the foreign policy of his country. The result: his chief of staff Claude Maupas (who has the quiet and paternal look of Niels Arestrup) will have to get him out of trouble. The politician of the film, a caricature that is only too true to the puppets who (supposedly) govern us, is a big child who uses quotes by Heraclitus, dialectic clichés and Tintin’s adventures.

Quai d'Orsay actually borrowsa lot from cartoons: its nervous editing, festive music, the use of image division like a thumbnail. The director’s playfulness (whose very French references will probably please his compatriots more than foreign audiences) inspires himself from a cartoon by Lanzac & Blain (who also wrote the film’s screenplay). Quai d'Orsay is distributed by Pathé.

more about: The French Minister

The actress will star with Philippe Katerine in Sébastien Bailly’s feature debut, a La Mer à Boire production which will be sold by Loco Films and will soon begin filming

Review: We Need Your Vote

Thierry Lhermitte stars in In the Game

The Mole Agent triumphs at FIPADOC 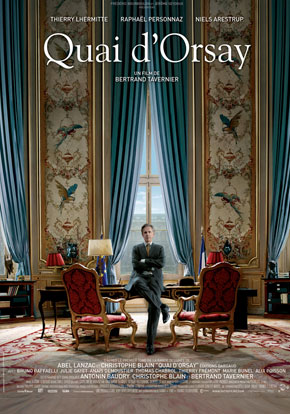 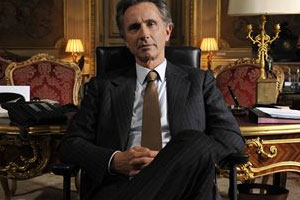 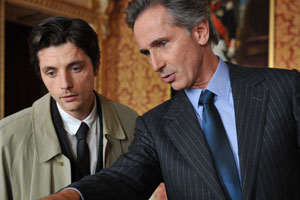 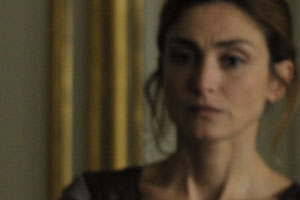 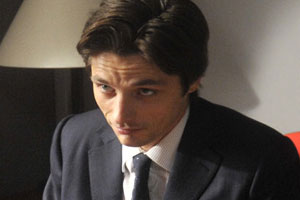 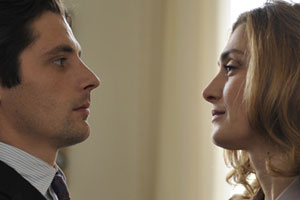 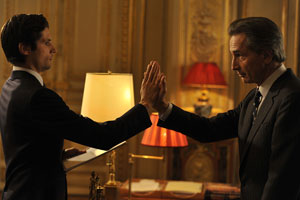