01/10/2013 - “During the last couple of years Finland has got a real movie industry,” notes the festival’s artistic director – and there is an increasing demand for Finnish product in the international market place 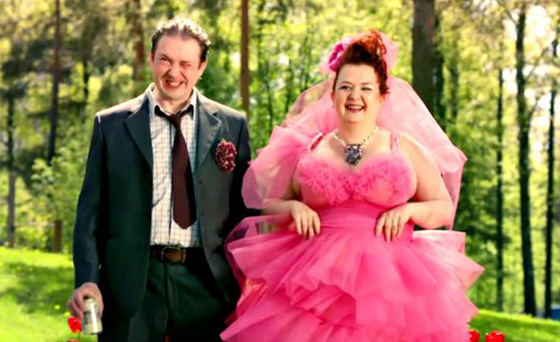 The 26th Helsinki International Film Festival-Love & Anarchy, which ended on Sunday (September 28) after 470 screenings of 180 features and 160 shorts, welcomed a record number of 58,000 spectators; two special events organised by the festival, the Finnish Film Week (September 20-26), with its programme of 24 local features and five previews, and the Finnish Film Affair (September 24-26) – the industry showcase for sales agents, buyers, festival programmers - both doubled their attendance.

“During the last couple of years Finland has got a real movie industry, created by young filmmakers willing to take risks, with their own resources on the line. The variety is great, the local market share is really good, and there is more to come,” observed the festivals artistic director Pekka Lanerva.

Head of sales Miira Paasilinna was also negotiating for another project and confirmed the increasing demand for Finnish product in the international market place, “especially films with festival recognition and a story others can identify with. The interest in Nordic thrillers covers Finland, too. We have recently sold quite a few titles to Asia, where they find them exotic and can also relate to their sense of humour.”

At the closing gala for the Finnish Film Week, Finnish producer Riina Hyytiä was named Producer of the Year for Johanna Vuoksenmaa’s divorce comedy 21 Ways to Ruin a Marriage) – the first Finnish feature by a woman director to exceed 400,000 admissions. Other industry awards included Director of the Year: Simo Halinen, for Open Up to Me, Screenwriter of the Year: Jenni Toivoniemi, for The Date, Actors/Actresses of the Year: Laura Birn, Liisi Tandefelt, for Purge [+see also:
trailer
film profile], Colleague of the Year: Photographer Johanna Jolle Onnismaa, Documentary Filmmaker of the Year: Joha Elomäki, of the Pirkanmaa Film Centre.

From the festival’s programme, among five contenders, Chilean director Pablo Larraín’s No [+see also:
trailer
film profile], with Gael Garcia Bernal as an ad executive who comes up with a campaign to defeat Pinochet in Chile’s 1988 referendum, received Love & Anarchy’s Audience Award 2013. During the next month a selection of Helsinki entries will tour the Finnish cities of Turku, Jyväskylä, Kuopion Vilimit, Tampere and Hankoo.