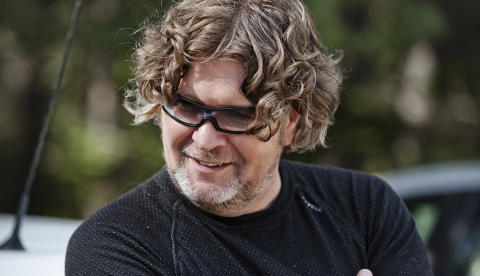 Høiner will be Leif Tronstad, the scientist and intelligence officer, who was first instrumental in building the heavy water plant at Vemork in Rjukan, and later planned its destruction with a military organiser in Scotland. Storhøi is Erik Henriksen, a composite character of several Norsk Hydro executives – and Bach Werner Heisenberg, the Nobel Prize winning physicist in charge of Germany’s efforts to develop nuclear energy and the atomic bomb.

Besides in numerous documentaries, The Allies’ efforts to keep the atomic bomb beyond Hitler’s reach has been depicted in two full-length films, first Jean Dréville-Titus Vibe-Müller’s French-Norwegian film The Fight for the Heavy Water (1948), a factual reconstruction of the 1943 events, then US director Anthony Mann’s 1965 feature, The Heroes of Telemark, starring Kirk Douglas and Richard Harris.

Scripted by Petter Rosenlund, The Heavy Water War begins in Stockholm 1932, when Heisenberg receives the Nobel Prize. It follows his work in Germany, while later introducing Norwegian sabotage groups Grouse and Gunnerside, and describing The Allies’ planning of the raid, in the hands of Lieutenant Commander Eric Welsh (Torrens), head of Norwegian Section-Secret Intelligence Service.

The actual attack on Norsk Hydro’s heavy water plant was carried out by Norwegian British-trained SOE commandos, who destroyed the facility at their second attempt. The ground action was followed by air bombings, and local resistance sank the SF Hydro ferry on the Tinnsjø lake to stop the transportation of deuterium oxide to Germany.