Life Feels Good: the strength of the human will

23/10/2013 - Presented at the Tofifest festival in Toruń after having won prizes in Gdynia and Montreal, Maciej Pieprzyca’s film receives enthusiastic response

It is quite rare for a Polish film to receive only positive reactions from the local public. Thus the general enthusiasm surrounding Life Feels Good [+see also:
trailer
film profile] by Maciej Pieprzyca (noticed with Splinters in 2008) is worthy of attention. After its success at the Polish Cinema Festival in Gdynia (Silver Lion and Prize of the Public) and the Montreal Film Festival (Grand Prix and Prize of the Public), the feature was presented in the section "From Poland" of the Tofifest in Toruń, while it recorded a promising start in theatres with 36,000 admissions for its first weekend on a combination of 125 screens handled by Kino Swiat.

The idea of the film was inspired to Pieprzyca by the documentary Like a Butterfly by Ewa Pięta (a director who passed away prematurely in 2006) based on the true story of a young disabled man. According to the doctors’ diagnostic, Mateusz is nothing but a mentally challenged “plant” since his birth, incapable of contact with the outside world. But the boy’s parents don’t accept this medical opinion and he lives surrounded by care and love until a family tragedy leads him to be hospitalized in a facility specialized in mental health issues. His situation will however evolve when one of the specialists of the centre notices that contact with the boy is possible and that his brain works normally after all.

The strongest asset of the film is without doubt the brilliant performance of actor Dawid Ogrodnik who plays Mateusz and created a character so naturally and with so much power that it is possible to think that he is himself affected by the same disability, with his deformed and silent body. The narration is led by the protagonist through a voice over that is reminiscent of Mathieu Amalric’s great role in The Diving Bell and the Butterfly [+see also:
film review
trailer
film profile] by Julian Schnabel. And while the acting of Dawid Ogrodnik is remarkable, the qualities of Kamil Tkacz, who plays Mateusz as a child, should also be praised.

Life Feels Good is full of emotion and many scenes bring tears to the spectators’ eyes. But Maciej Pieprzyca skilfully manages to avoid exaggeration and the film does not only transmit a voice of compassion: it is mostly an illustration of the potential and strength of the human will.

At Arras, we met up with Renata Czarnkowska-Listos and Maria Golos, who head up RE Studio and stage Maciej Pieprzyca's films

"Why talk when the images tell you everything?"

Maciej Pieprzyca, who won several awards in 2013 for Life Feels Good, talks to us about his new film, I’m a Killer.

The feature debut by Jan P Matuszynski has taken home five trophies, including Best Film and the Audience Award

I’m a Killer: A murderous vampire, a totalitarian vampire 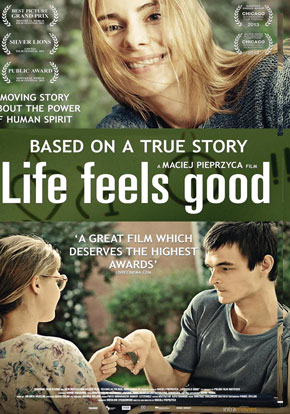 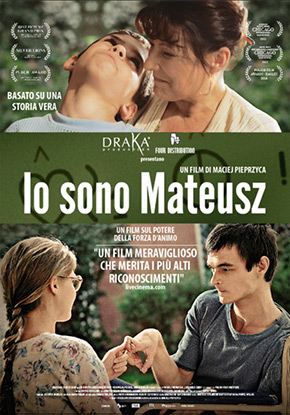 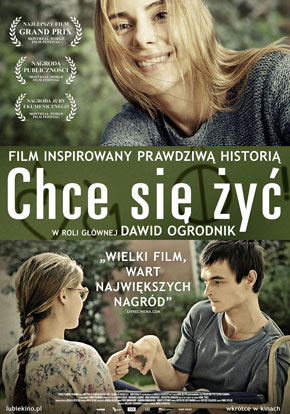 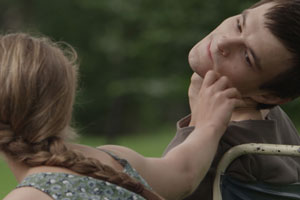 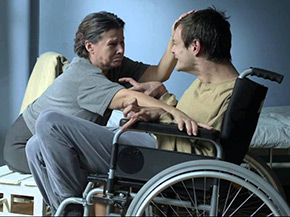 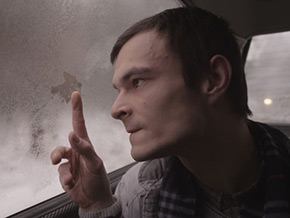 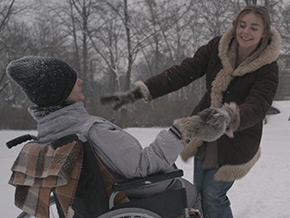