Something Must Break: breaking barriers

30/01/2014 - Ester Martin Bergsmark emerges through adolescence, love and sexuality in this disinhibited, emotional and surprising portrait in competition for a Tiger Award

The story is simple and ordinary: a person knows another person, falls in love with them, and starts a passionate love affair. But the story of Sebastian and Andreas is much more complex . It removes itself from traditional ideas of normalcy because it does not follow traditional social, beauty, duty, appearance and sex values. And between the complexity of a love story and the fight against conventions taking place in Something Must Break [+see also:
trailer
film profile], is a disinhibited, emotional and surprising portrait of two people – the work of Swedish director Ester Martin Bergsmark, in the running for a Tiger Award at the Film Festival in Rotterdam.

Sebastian (Saga Becker), a young androgynous teen, defies the rules of sexuality by taking on the role of mysterious Ellie, and Andreas (Iggy Malmborg), a boy who does not consider himself gay, get to know each other during their adolescence, on the margins of Sweden’s social establishment. After a fortuitous encounter in the midst of a dangerous situation involving the former, attraction hits, throwing both characters into a tortuous relationship. The passionate affair takes on the meaning of refuge from the chaos of the city. Based on the novel by Eli Levén, You Are the Roots That Sleep Beneath My Feet and Hold the Earth in Place, Ester Martin Bergsmark, who previously made documentary She-Male Snails, captures the proud and true feelings of both boys, their discoveries and problems, through radical silences and violent beauty.

Something Must Break is a touching example of young cinema finding itself at the heart of contemporary cinema – from sentimental and social nudity in portraits by Andrea Arnold to smart ethical and aesthetic jokes from Lars von Trier’s last piece of work – a universe moved through with great agility to the sound of electronic and indie music. Something Must Break’s strong point is that its core manages to go beyond its own stylistic appeal, offering the spectator a mature story – moving, intelligent, authentic and honest, which transcends every possible frontier, whether it is feminine, masculine or in between.

more about: Something Must Break

Something Must Break: breaking barriers

Ester Martin Bergsmark emerges through adolescence, love and sexuality in this disinhibited, emotional and surprising portrait in competition for a Tiger Award

The 20th edition of the International Gay and Lesbian Film Festival opens tomorrow, 2 July, with the touching British movie Lilting

Dublin set to soar with Desire and Music

Swedish Underdog becomes a favourite at Chicago and Zurich 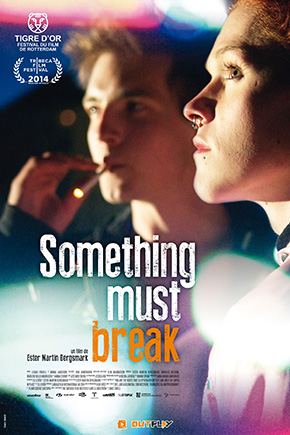 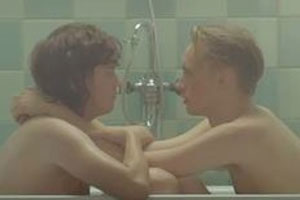 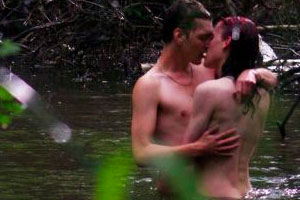