Berlinale: An impressive update of Greek tragedy as form in Brides

The first fiction feature film by Georgia's Tinatin Kajrishvili, Brides [+see also:
trailer
interview: Tinatin Kajrishvili
film profile], which world-premiered in Berlinale's Panorama, may easily become this year's In Bloom [+see also:
film review
trailer
interview: Nana Ekvtimishvili and Simo…
film profile] in terms of festival success, but as a work of art, it is even superior to most of the output of the low-on-quantity, high-on-quality emerging national cinema.

Attractive Nutsa (debutant Mari Kitia), a seamstress in her late 20s, marries her boyfriend and father of their two children Goga (actor and director Giorgi Maskharashvili) in prison, where he is serving the fourth year of a ten-year sentence for an unspecified crime. The new regulations finally allow women to visit their partners behind a glass partition, for an hour each month, but only if they are married.

On the first such occasion, Nutsa brings Goga's mother and the children. His small daughter has only a flimsy recollection of him, and for his nine-year-old son, respect for daddy is based on lies – no wonder the children don't want to go the next time. Nutsa thinks up excuses for the children, but this is not the only thing she is keeping from her husband. She has met a handsome man in the meantime, and Goga picks up the fact that something is not right from an unfortunately timed phone call.

Soon, the penitentiary regulations change again, and the prisoners are allowed 24 hours in private with their spouses. When Nutsa gets there in the dress she had worn for their first date and the film enters its final act, we witness one of the most emotionally powerful segments of the entire Berlinale 2014 programme.

Kajrishvili has perfectly reduced the structure by leaving off the screen, but not out of the film, some of the crucial events in each act. This has enabled her to bridle the pathos so that the film builds up to an unexpectedly powerful finale on the level of catharsis. The ancient Greek tragedy as a form and its emotional impact have not had such an accomplished modern update on film in a long time.

The actors are absolutely instrumental in achieving this effect, and both Kitia and Maskharashvili do a fantastic job. The first-time actress is the one showing more emotion, but not an obvious one, playing a character torn between love and guilt, hopes and reality. The actor has an even tougher task. In each of the several scenes featuring phone calls between the wife and the husband, Kajrishvili shows the former on screen and gives the audience the latter's side of the conversation only through audio. The intonation that Maskharashvili perfectly hits in these exchanges is later complemented by his on-screen emotional display, and the cumulative effect arrives with exponentially increased strength.

The setting and cinematography by Goga Devdariani (who lensed last year’s A Fold in My Blanket, which went undeservedly under the radar) of decrepit prison interiors and drab living quarters does not force upon the audience the poverty of the characters – their problem is not money; it’s something much more important. With the social aspect removed, this is pure human drama.

This latest addition to what may even be called a “new Georgian wave” is also its finest product and deserves to be seen by a much wider audience than that on the festival circuit.

Produced by Tbilisi-based Gemini and Millimeter Film, and France's Ad Astra Films, Brides had been presented at Sarajevo Film Festival's co-production market, CineLink, and When East Meets West in Trieste. It is handled internationally by Rezo Films.

"I wanted to make my debut with a powerful story, which at the same time would feel like my own"

Berlinale: An impressive update of Greek tragedy as form in Brides

“I try to keep some variety in making films”

Cineuropa met up with producer Lasha Khalvashi, Georgia’s 2017 Producer on the Move, to discuss his work and the actual situation of the profession

Scary Mother: Family as an incubator of monsters

LOCARNO 2017: In her debut feature, screening at the Swiss gathering, Georgian director Ana Urushadze tackles the restrictions that society and families force upon women, mothers and wives

“I think next year will be good for Georgian cinema”

The event for films in post-production features five projects, including Adrian Sitaru's The Fixer 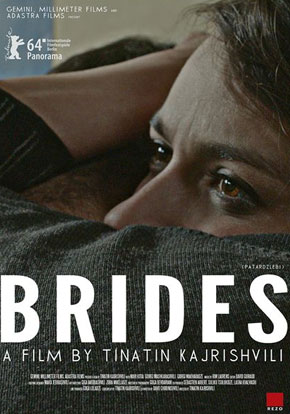 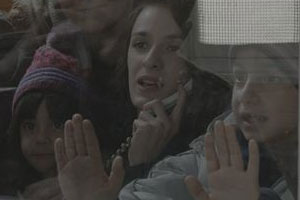 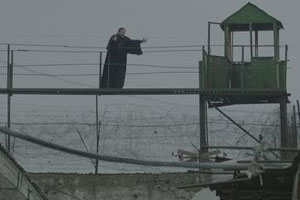 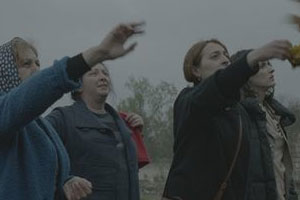 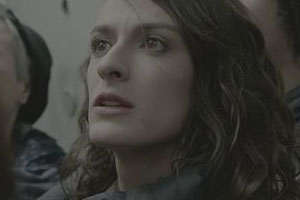