17/03/2014 - The Madrilenian director has begun filming A Perfect Day, a Mediapro production that constitutes the director’s biggest international project to date 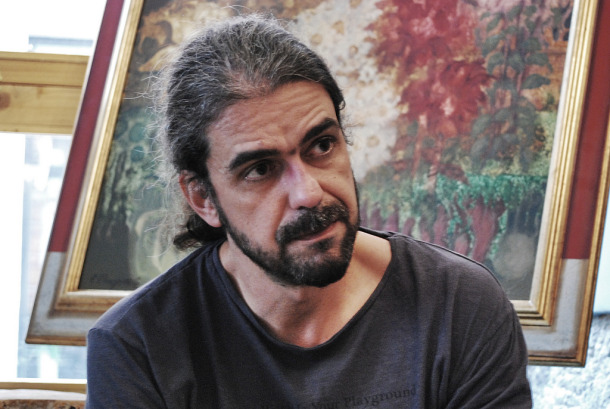 In Granada today, 17 March, filming has kicked off for the new movie by director Fernando León de Aranoa, entitled A Perfect Day. As suggested by its title, the feature film will be shot in English and will be the project with the biggest international profile to date for the director, featuring an international cast headed up by Oscar winners Benicio del Toro and Tim Robbins, and by actresses Olga Kurylenko and Mélanie Thierry, as well as by actor Fedja Stukan.

Despite the relatively poor performance of his first collaboration with Mediapro, Amador [+see also:
trailer
film profile] (2010), the Madrid-based director is once again working with the production company headed by Jaume Roures. The firm is producing the movie together with Reposado Producciones (the director’s own production outfit), with the involvement of TVE. British firm WestEnd Films is handling international sales.

A Perfect Day is based on the novel “Dejarse llover” (“Let it Rain”) by Paula Farias, which has been adapted by León. The story revolves around a group of aid workers who attempt to get a dead body out of a well in a conflict zone in Kosovo. Somebody has dropped the corpse in there to spoil the water and thus leave the nearby villages without a water supply. However, in such a place, this seemingly very easy task becomes mission impossible – a mission in which the real enemy could perhaps be irrationality.

Farias is an author and a doctor who has been working on various humanitarian emergency missions for Doctors Without Borders since 1999. León’s experience as a documentary maker alongside aid workers in conflict zones has been very helpful, as he himself has asserted: “This film uses humour as a form of alienation: the best witticisms, the most ruthless and heartless humour, the most frenzied humour, is often heard at the very heart of tragedy. Because there’s no other place in the world where this is needed more.”

The director has also explained what he is striving for in this work: “Exciting, bright, spur-of-the-moment, surly and fanciful, frenzied, but entertaining despite all that… that’s how I imagine this film.”

Eve Schoukroun, managing director at WestEnd Films, stated, “A Perfect Day deals with a subject that’s not seen on the big screen very often. In that, it’s original. Its treatment is, too: intelligence, warmth, humanity and that incredibly smart humour that’s the director’s trademark.”

Ten Europeans for the Fortnight