Coast of Death: a tiny silhouette on the landscape

18/03/2014 - Lois Patiño’s feature debut delves into the relationship between man and nature, visiting a good number of the world’s film festivals

Man is related to nature in so far as he forms part of it, even though it sometimes might not appear this way in the modern day. People are one more element of a landscape – a landscape in which they exist, which they talk to and which they even live off. Galician director Lois Patiño, who has a considerable career as an experimental short filmmaker behind him, follows the path carved out through this landscape by man’s footsteps in his feature debut, Coast of Death [+see also:
trailer
interview: Lois Patiño
film profile]. Presented at the Locarno Film Festival, where it snagged him the Best Emerging Director Award, the movie has travelled around much of the world, including the most recent editions of the International Film Festival Rotterdam, the IBAFF and Mexico’s FICUNAM, where it has just won the top award.

Patiño has chosen to take us across one of the most idiosyncratic areas of the Spanish coast, the Coast of Death in Galicia, a place of myths and legends, life and death, between sea and shore. The portrait of this area and its people is painted through scenes that occur in succession from the point of view of a stationary camera, which confines itself to capturing what is happening in front of it from far away. These scenes include the work of shellfish gatherers and percebeiros (barnacle pickers), strolls across the hills and the felling of fog-shrouded pine trees. The people within these portraits seem to be just as important as the waves, the rocks and the trees. Little wonder, then, that the film begins with a quotation by the quintessential Galician author Castelao, who proclaims, “When man entered the countryside and the countryside entered the man, Galicia’s everlasting life came into being.”

Coast of Death demonstrates this connection, which acquires considerable dimensions when it is juxtaposed to the history, legends and myths of the region (the same area as Fisterra, known by the Romans as “the end of the earth”). However, it quickly comes back down to earth to show local holidays, curros (wild-horse roundups for branding) and visits to graveyards – but also the glut of mining operations, forest fires and echoes of catastrophes such as the oil slick left by the Prestige, the oil tanker that sank just off the coast in 2002. This link seems cruel and violent – and sometimes even ghostly and terrifying – when it also implies a destructive relationship in order to get the most out of nature itself.

As he depicts tiny silhouettes on immense landscapes, Patiño’s delicate and unerring gaze takes on a different meaning. His creation, just like the others by his production company, Zeitun Films (Arraianos [+see also:
trailer
interview: Eloy Enciso and Carlos Esbert
film profile], You All Are Captains [+see also:
trailer
film profile]), is a small shadow that is moving within the huge Spanish cinematographic panorama. Sometimes, it is forced to separate itself far from the panorama in order to become more visible, but it ends up sharper and more powerful.

more about: Coast of Death

“The landscape is a mystery, something that goes beyond you that you cannot understand”

Coast of Death, Lois Patiño’s unique way of looking at the landscape (and the people who inhabit it), is finally being released in Spain after having won an award at Locarno last year

"My films work together to form a diptych on Galicia"

BERLINALE 2020: Lois Patiño talks to us about various aspects of his second feature film Red Moon Tide, presented in the Forum section of the German exhibition

BERLINALE 2020: The second feature film by Lois Patiño is a highly aesthetic ghostly dream, which pays tribute to his Galician homeland, where death is inextricably linked to the sea

The widely acclaimed director of Coast of Death has just wrapped up the first stage of filming for his new project, with shooting set to resume in early July

“We look at scenery from a cinephile persepctive”

Following its debut at Busan and Seville, The High Pressures by Ángel Santos touches down. The intimate and geographical journey of a wandering man

The Spanish Cinematographic Journalists’ Association has paved the way for Alberto Rodríguez’s thriller to clean up at the upcoming Goya Awards, by handing it five trophies

Juries of the International Competition, Filmmakers of the Present, Leopards of Tomorrow and First Features sections finally revealed in Locarno

A new competition dedicated to documentary films is set to kick off in December; but it has already unveiled its works to whet the public’s appetite 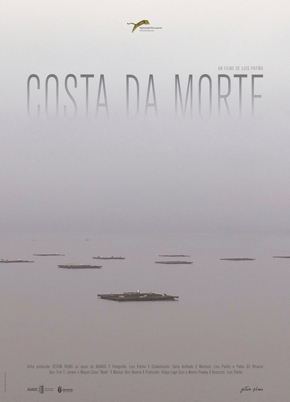 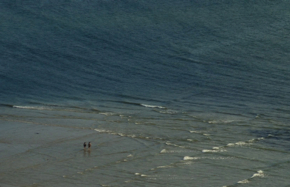 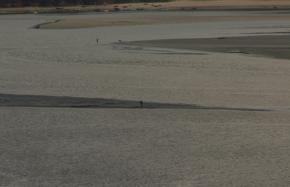 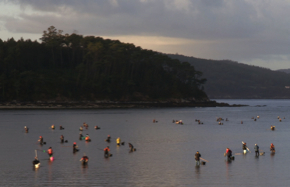