Fair Play: The moral heroes of the recent past

Fair Play tackles doping in sport and the dilemma of immigration. Whether or not to leave a nation is a question well known to Andrea Sedláčková, who left the country in 1988 and has been living alternately in Prague and France ever since. She is known for making television films and features in the Czech Republic, whilst being an editor in France (where she was nominated for the César for Best Editing for Welcome [+see also:
film review
trailer
making of
interview: Philippe Lioret
film profile]). As the author of the screenplay, Sedláčková used the underexplored theme of the state’s illegal boosting of national athletes’ performance to demonstrate well-being in Soviet Bloc countries, a common PR technique used by totalitarian regimes.

Young, aspiring athlete Anna (played by rising Slovak star Judit Bárdos) is training for a qualification that could enable her to be accepted in the Olympic Games in Los Angeles. She trains every day under the watchful eye of her trainer (Slovak actor Roman Luknár) until the upper echelons of the state spot her talent and decide to fast-track her career: thus, Anna becomes part of a state-run project for research into the use of illegal anabolic steroids. She soon realises what is happening as a number of side effects start to have a negative impact on her health. Her moral choice is to attempt to earn her Olympic medal without using a forbidden substance, a decision that her superiors disagree with, leaving Anna´s career at stake.

The sub-plot plays on the idea of immigration through the eyes of the protagonist´s mother (Czech actress Aňa Geislerová). Her husband left them both, an action that has taken its toll on the mother´s career, as she is unable to find any job better than that of a cleaning lady. She does not want her daughter to repeat the same mistakes, and thus she sees an opportunity for her to emigrate through her participation in the Olympics. The suspense is maintained through both plotlines: Anna falls in love, which takes her mind off emigration, while her mother keeps helping dissidents, thus constantly thrusting herself into the spotlight of the secret service.

Sedláčková has penned a well-structured and smooth screenplay, and has a knack for developing her characters. However, the story and the topic are not the only praiseworthy aspects of the film. Telling a story against a different historical backdrop is always a challenge for cinematographers. Jan Baset Střítežský (who also lensed Zuzana Liová´s The House [+see also:
trailer
interview: Zuzana Liová
film profile] and Tomás Luňák´s Alois Nebel [+see also:
trailer
film profile]) opts for less saturated images and more dimmed lighting, in comparison to the all-colours-blazing Tender Waves [+see also:
trailer
film profile] by Jiří Vejdělek, invoking less-than-cheerful nostalgia. Taking into account Fair Play’s powerful storyline, as well as its impressive execution, the film will undoubtedly follow in the footsteps of In the Shadow and Burning Bush.

Fair Play is a Czech-Slovak-German production by Negativ Film, co-produced by Departures Film, Arina Film and Barrandov Studios. Distribution is handled by Falcon in the Czech Republic and by Saturn in Slovakia.

The fund has supported the development of projects by established filmmakers, young talents and debuting directors

The Wednesday Child, The High Sun and Liza, the Fox Fairy are among the 12 titles in competition at the 25th Cottbus Festival of East European Cinema

The 14th edition of the Rome Independent Film Festival will be held in the Italian capital from 8 to 14 May, with a programme that includes over 100 films and the winners of Berlin’s Teddy Award

A surprising twist at the Czech Lion Awards

BERLIN 2015: The mockumentary-thriller Ghoul, sports drama Fair Play and a fiction-feature adaptation of Jan Saudek’s life are all on offer at the European Film Market

The Way Out crowned Best Film by Czech film critics 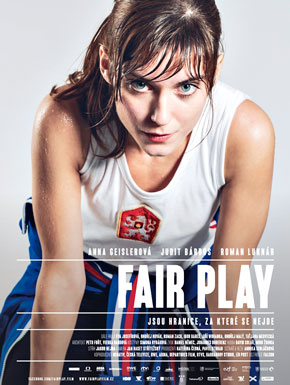 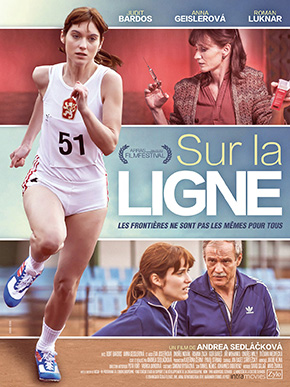 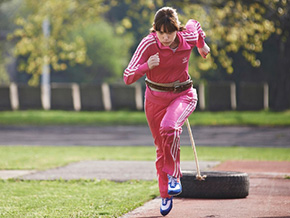 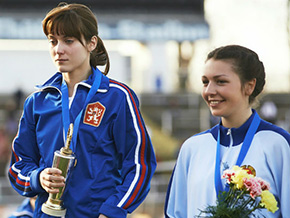 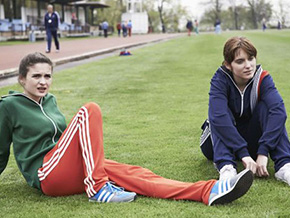 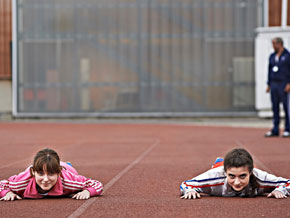 The Roads Not Taken
by Sally Potter
Berlinale 2020 - Competition