Love at First Fight: A twofold vision of the future

Youth on the brink of adulthood, youth that is changing and is on the quest for a direction or a meaning to life, is a classic cinema theme. Add to that a sprinkling of "love story" and wavering attraction between two completely different characters, and the recipe seems so tried and tested that it’s difficult to personalise it. Yet therein lies the subtle success of Thomas Cailley’s first feature film, Love at First Fight [+see also:
trailer
interview: Thomas Cailley
film profile], unveiled at the 67th Cannes Film Festival Directors’ Fortnight. Starring the charismatic Adèle Haenel (back on the Croisette a year after Suzanne [+see also:
film review
trailer
interview: Katell Quillévéré
film profile], which earned her the 2014 Cesar for best supporting actress) and Kevin Azaïs, the film skilfully avoids trying to surprise at all costs, evolving in relatively uncommon areas of young French cinema. Because when it comes to the haze surrounding the end of adolescence and the uncertainties of the future in a relatively intimidating society (pollution, falling employment), the story’s location in the suggestive setting of the Landes (its lakes and forests), its real provincial characters and the presence of the army, which speeds up the plot, marks an interesting originality which is nonetheless the true reflection of a French reality often ignored on the big screen. And the romance which will develop also avoids stereotypes.

"You must look ahead." That’s the advice given to Arnaud (Kevin Azaïs), a 17-year-old whose father has just died, by his mother. The young man chooses to support his older brother in the small family-run garden shed construction business. It's a summer job that leads him to cross paths with Madeleine (Adèle Haenel), a girl of the same age obsessed by the idea of surviving in a world whose future she considers doomed, an aggressive athlete, quite unpleasant and who trains alone (fighting, swimming with weights on her back, ingesting disgusting mixtures, etc) to join the Army Air Corps. Frictional at first, the relationship between the two main characters gradually warms, and Arnaud ends up unexpectedly committing with Madeleine to a 15-day military training exercise with the paratroopers. A military experience where instinct and demands don’t make a good mix and which will plunge the two into a lengthy escape into the forest...

A very just portrayal of two post-adolescents of today's world, faced with the need to make or not to make their own decisions, to act or to endure, to overcome a period of development and of change, to try to visualise a future which can’t yet be seen in order to give the present their best shot ("strike beyond the target"), Love at First Fight is a first feature film that employs several genres (some comedy, a running romantic thread, quite a profound social background, and some action leading up to an incredible final scene worthy of a disaster movie). This beautiful experiment (in spite of some minor defects of youth, in particular in the manipulation of symbols) makes Thomas Cailley, under a deceptive guise of assumed classicism, an intriguing director, and it will be particularly interesting to see which path he will take in the future.

more about: Love At First Fight

"When you have strong characters, you can get away with doing anything you like"

Cineuropa met up with a young filmmaker who managed to make a very successful breakthrough at Cannes with his feature debut, Love at First Fight.

A slew of world premieres for Séries Mania

Quentin Dupieux's Deerskin receives an advance on earnings from the CNC 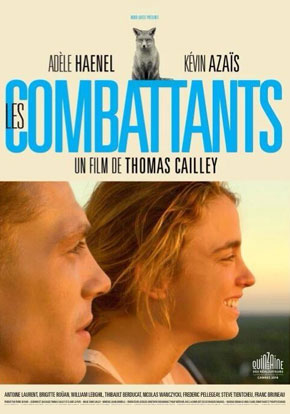 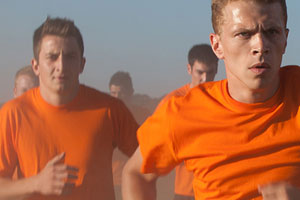 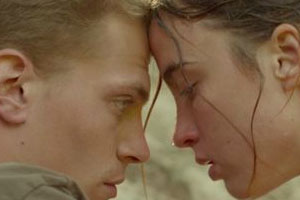 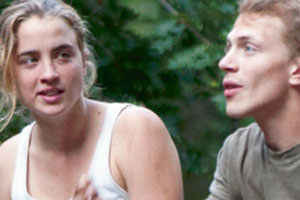 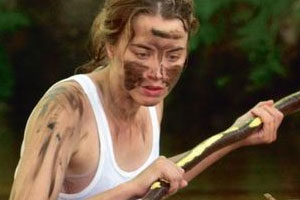 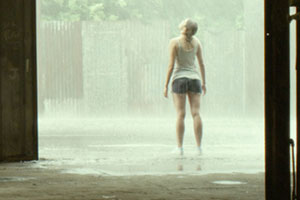 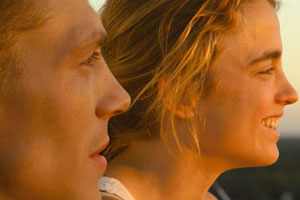