Gett: an absurd trial from which you do not leave unscathed

17/05/2014 - CANNES 2014: The superb third chapter of the trilogy on Israeli women by Ronit and Shlomi Elkabetz left the public of Directors’ Fortnight speechless

Gett: the Trial of Viviane Amsalem [+see also:
trailer
film profile] is a French-German-Israeli co-production, whose use of the word “trial” and its double meaning perfectly speaks to what the film leaves with the spectator: this superb piece of work makes them live through a true experience, which left Directors’ Fortnight attendees speechless over the weekend. The shock was unanimous (the second of absolute silence that preceded the applause at the end of the screening is a clear demonstration of this).

This third instalment in the trilogy on Israeli women by actress Ronit Elkabetz and her brother Shlomi delivers everything a film should: as Ronit said, speaking from the stage of the Théâtre Croisette, the film shows something that has never been shown before (the inside of a Rabbi tribunal, in front of which Viviane Amsalem, played by the director, seeks to ask for a divorce – in Hebrew "gett"), causes laughter (unexpectedly), surprises at every corner and gives the viewer moments of suspense. And especially, this film, slowly but surely, manages to plunge spectators into the unsustainable situation in which Viviane is, as she extracts herself from it – indignant – more conscious than ever of a social and religious problem that touches the very heart of fundamental women’s rights.

The first part of the film is perhaps the most surprising. First and foremost because you do not know why the main character is seeking a divorce after 30 years of marriage to Elisha (Simon Abkarian, determined not to give in to his wife’s wishes). Viviane risks being repudiated, because that is how things go during Rabbi tribunals. Without any particular motives on either side (both are virtuous and without fault), the three Rabbis, hearing after hearing, listen to witnesses. The absurdity of the situation is told through the humorous testimonies offered up during these moments, delivered by funny characters with a unique Jewish sense of humour.

The contradictions are expressed through the words of the brother, the comic tendencies of the Rabbi brother-in-law and everyone’s ability to say one thing and the complete opposite within the same sentence. The trial could continue forever without reaching any kind of conclusion. The desperate situation drags on, month after month without any progress. Months that are added on to 30 years of unhappy marriage (at the end, the viewer understands that the divorce request is tied to a long moment of agony that ended as the trial began). Viviane’s suffering becomes increasingly evident until she screams repeatedly: “I want my freedom! I want my freedom!”

more about: Gett: The Trial of Viviane Amsalem

“Hypocrisy is everywhere, not only in the Muslim world”

In Between: Sex and Tel Aviv

Sand Storm is chosen to represent Israel at the Oscars

La Fête est finie: The party's over for Zita Hanrot and Clémence Boisnard

Back in Business by Gérard Pautonnier put on a crowdfunding platform 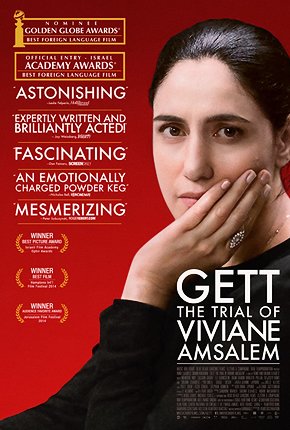 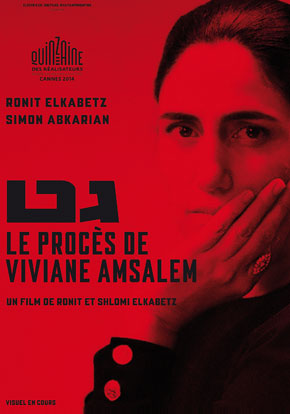