19/05/2014 - CANNES 2014: Family and class relationships for the first feature film by Colombian Franco Lolli, a sensitive and humanist film produced by France

Taking someone under one's protective wing is no mean feat, and goodwill is not always enough, because there are unwritten social rules which even the most spontaneous childhood cannot escape. It is this rite of passage dealt with in the form of a naturalistic chronicle which is described by Gente de bien [+see also:
trailer
film profile] by Colombian Franco Lolli, presented in competition at the Critic's Week of the 67th Cannes Film Festival. An intimate, sensitive film, which fulfils its role using the simple play of contrasts between the life of the working class of Bogota and that of the wealthy city dwellers.

"There's your father." It's night-time, and in the crowd, a woman and child wait, a cardboard box and a rubbish bag in hand, a dog on a leash. Eric, ten years old (Brayan Santamaria), experiences his mother leaving: she is moving far away and promises to send for him once she has settled in. The kid doesn't seem that close to his father Gabriel (Carlos Fernando Perez), who brings him (with the dog) to his new home, a room in a guesthouse. Eric sulks brazenly ("I'm not hungry", "I don't like this place"), but he will soon discover new horizons thanks to Maria Isabel (Alejandra Borrero), a wealthy woman for whom Gabriel does carpentry work at her house. A kind of Good Samaritan, she gives Eric some fashionable clothes belonging to her son of the same age, whom she obliges also to play with the newcomer. Later, she will forgive Eric for stealing some money, drive father and son to the pound where the dog was taken, and even invite them to her family home in the country for the Christmas holidays. After hesitating, Gabriel, hard-pressed financially and a pitiful educator (in spite of his kindness) ends up convincing himself ("You're not rolling in money", "This is to help you both") in the name of his son's welfare. Thrust into a beautiful villa with a swimming pool at the heart of a very religious group, Eric is quite comfortable; he starts quad-biking and horse riding with the children of the house, whereas Gabriel works and observes the situation from afar with a degree of unease that pushes him to return to Bogota to take care of the dog, which has suddenly become ill. Left in the good care of Maria Isabel, Eric will discover, however, that social barriers are more tightly sealed than they seem and that having everything is not enough to make you happy...

A very just portrayal of the cruelty of childhood shown through its main character and the other young protagonists who perceive the arrival of this unknown person as an intrusion, Gente de bien demonstrates with effective modesty a rather fatalistic observation on the divide that separates social classes, and on the limits of kindness which is not shared by all. But the film equally and delicately spins the coming together of father and son for a bitter-sweet story that is well balanced between the explicit sociological objective, a share of enigmas which will remain, and a backdrop of slightly threatening tension. Produced by the Parisian company Geko Films (Grégoire Debailly) with Evidencia Film, Gente de bien will be distributed in France by Ad Vitam and is sold internationally by Versatile.

We met with Geko Films’ French producer, Grégoire Debailly, upon his selection as a Producer on the Move by the European Film Promotion

CANNES 2019: Franco Lolli’s Critics’ Week opener is a sensitive work which follows in the footsteps of a female character who must contend with an accumulation of gruelling circumstances

The French sales agent has high hopes for Franco Lolli’s film, which will open the Critics’ Week, and is kicking off pre-sales for How I Became a Superhero

The director’s second feature, after participating at Cannes back in 2014 with Gente de Bien, was produced by delegates Les Films du Worso and SRAB Films, and will be sold by Kinology

The projects selected for FeatureLab 2017

A freezing year for Samuel Collardey in Une année polaire 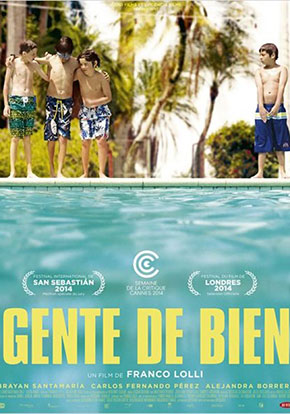 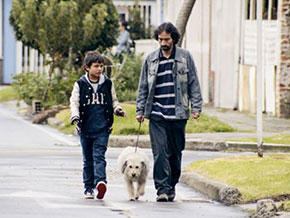 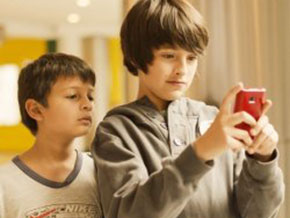 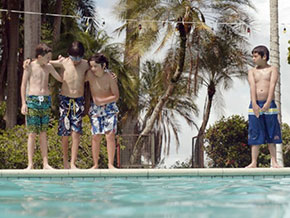