21/05/2014 - CANNES 2014: The legendary writer-director of Leo the Last unveiled at the Cannes Fortnight a film based on his two years of military service, and every second is a sheer delight

There are some artists of whom it is said that they should know when to declare, “The rest is silence”, and then there are others who crown their sparkling careers with quietly confident, brilliant films, closer to comedy, albeit frayed with delicate nostalgia. The British filmmaker John Boorman belongs decidedly to the latter category. His new film, Queen & Country [+see also:
trailer
interview: John Boorman
film profile], presented at the Directors' Fortnight, made the audience laugh so hard that it left him awe-struck and filled with emotion. Following Hope and Glory (which revisited the way in which he experienced the Blitzkrieg in London as a child), the writer-director of Deliverance, who has been invited to compete at Cannes four times (and has won three times), now picks up the thread of his autobiographical reflections. After an (adorable) initial scene of the air raids on London, which little Bill Rohan is over the moon about, as his school has been blown to smithereens, we immediately catch up with the boy (Callum Turner) again aged 18, at the point when his idyllic life on a tiny island in the Thames (a fairy-tale place that can only be reached by punt, having rung a bell, and where films are sometimes shot), surrounded by as modern and outrageous a family as they come, is disrupted by his being called up to do his two years of military service, while the Korean War rages in Asia. And yet, this fabulous lead-in to the film does not give way to a reality bereft of magic – quite the contrary!

Boorman said it himself to the audience in the Théâtre Croisette: Bill is a lot more attractive than he was, and the unattainable girl he is in love with is a lot more beautiful than the girl I was in love with at the time, but “it's the movies!” And then there's his “rascal” of a friend, Percy in the film (Caleb Landry Jones), an insolent fellow who is nevertheless unswervingly loyal. The friendship between Bill and Percy, the vitality of these two boys who give each other a leg-up in order to watch girls through the window (an act of espionage that clearly had a big influence on the writer-director of Leo the Last!) and greet everything life throws at them with bursts of laughter (including their conscription), is undoubtedly one of the film's greatest assets.

The cheeky wit of that generation of troublemakers that was around at the start of Elizabeth II's reign is even the main driving force behind the story, because these two young men will go on to spend a good part of their military service poking fun at their narrow-minded superiors, who would prefer to subject them to their outdated ways of thinking, which are derided constantly in the screenplay. So, as the story unfolds, we happily move on from one ill turn and from one ingenious bit of backchat to another: for example, there's the joke about the whistling chef, the typewriting course, the stunt with the clock and the wisecrack about the military code, to name just a few. And it's all interspersed with the odd summons to the office of Major Cross, played by a priceless Richard E Grant, who proves once again that he is the uncontested king of the oh-so-British scornful pout. Indeed, every character, every impertinent comeback, every gesture is worth its weight in gold, and it all keeps the viewer's eyes riveted on the screen, whilst also slapping the most radiant of smiles on his or her lips. The fact is that there is another discreet driving force at work during the entire film, helmed by an eye that knows how to recognise beauty, and how to show it off – and it's that of a tremendous filmmaker's camera.

more about: Queen and Country

“Film is a universal language”

Cineuropa met up with English director John Boorman in Paris during the “Filmmakers Invite... a European Friend” event

Song of the Sea wins Best Film at IFTAs

“Lots of new writer-directors are turning to genre films”

Athens prepares for the 27th Panorama of European Cinema 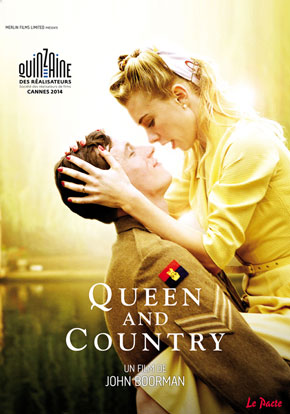 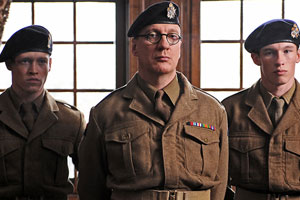 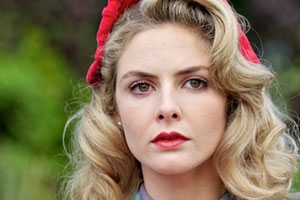 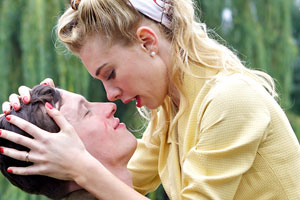 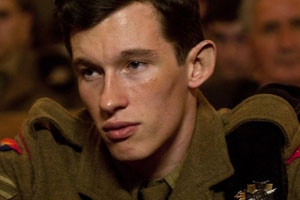 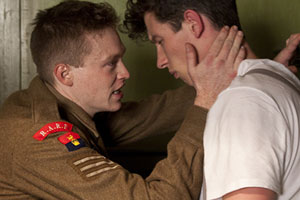 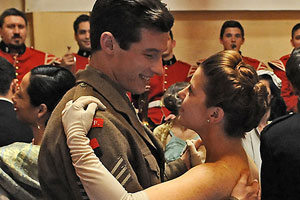 Produce – Co-Produce... – 12/05/2021
Nima Yousefi • Producer, Hobab
Joining the ranks of the Producers on the Move, Hobab’s CEO helps his directors to clearly express their vision