Of Horses and Men: Love and death in the Icelandic countryside

Ingvar Eggert Sigurdsson in Of Horses and Men

A stallion mounts a mare while her owner – who is still on her – is petrified by humiliation. This, which in many countries is the reference scene for the film, is just one of the disconcerting images from Of Horses and Men [+see also:
trailer
interview: Benedikt Erlingsson
film profile], a brilliant debut by Icelandic Benedikt Erlingsson. The original, entertaining and subtly cruel feature length film – a candidate for Iceland at the 2014 Oscars for best foreign film, was the recent winner at the Brussels Film Festival. It was also recently featured in competition at the Transilvania International Film Festival and is full of images the brain gets stuck with: an old drunkard on horseback in the sea seeking to reach a boat full of vodka; a young man who takes refuge in the stomach of his horse to save himself from a snowstorm; the blue eye of a horse looking straight into the camera in all its beauty and excellence.

Constantly and everywhere: horses. As the title suggests, Of Horses and Men is centred around man and animal. The film is structured in various overlapping stories. Each of them starting with a horse filmed in detail. We are in the middle of the Icelandic countryside. The landscape is volcanic and each house is separated by hundreds of metres. There is a little of everything in each of these small stories: love and death, sex and rivalry, dark humour and drama. People scrutinise each other from afar with binoculars. A fight between countrymen can have tragic outcomes. People are overcome with passion in the middle of fields, making sure the horse does not escape. In between one episode and the other, there are punctuations – often in the form of funerals.

There is little dialogue in Erlingsson’s film. The camera takes in horses’ features: the back on which caresses are given, the ears in which whispers are spoken, and those already mentioned eyes behind which man (who often has animal instincts stronger than the actual beasts’) is reflected. Female figures are portrayed as true amazons – the film’s common thread. The feelings that emerge between Kolbein (Ingvar Eggert Sigurdsson, seen in Metalhead [+see also:
trailer
film profile] and Jar City [+see also:
trailer
film profile]) and Solveig (Charlotte Boving) will develop because the woman will take charge. The landscape – boring and basic – is the silent background for these human and animalistic developments, in a film entirely filmed outside. The debut is promising for Erlingsson, an actor (in the cast of The Boss of It All [+see also:
trailer
film profile] by Lars von Trier) who is passionate about horses and the art of storytelling in a clean, well-composed style.

more about: Of Horses and Men

“I worked in the countryside; with this film, I am recovering from that shock"

The histrionic Icelandic director Benedikt Erlingsson, talked at the Bif&st in Bari about his well-received film, Of Horses and Men, a dark comedy on the relationship between man and horse

Between 23 and 26 June, Icelandic culture will be landing in the French capital in the form of Islenska Vikan, kicking off with Hlynur Palmason’s much remarked Cannes-screened film

“I wanted to make a feel-good film about climate change”

A very European selection for the Cannes Critics’ Week 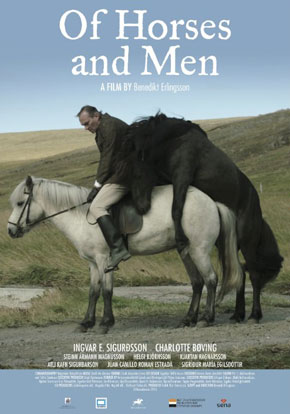 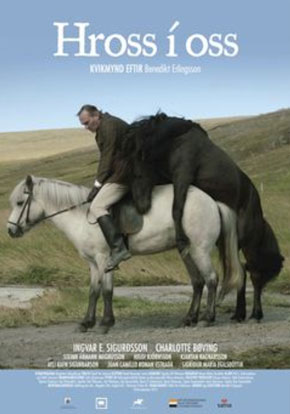 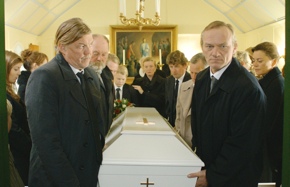 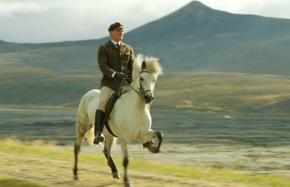 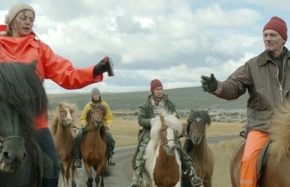 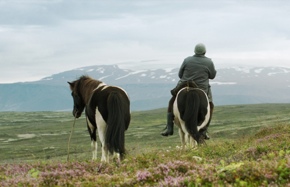 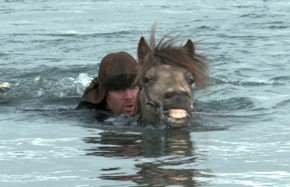