28/08/2014 - VENICE 2014: The latest absurd comedy by the director of Rubber was presented as a world premiere in the Orizzonti section of the 71st Venice Film Festival

Dupieux’s comedies always verge on the absurd, and he has some great screenplay ideas. In Reality (the name of a young girl in the film), Jason (Alain Chabat) is a trashy-TV cameraman who dreams of directing his first horror film, but when he pitches his idea to producer Bob Marshall (Jonathan Lambert), he agrees to sign on the dotted line on one condition: Jason has 48 hours to find the perfect agonised groan, one which would earn him an Oscar. Jason’s quest gradually starts to turn into a veritable nightmare that threatens to lose the poor man in its surreal twists and turns.

All of the actors, whether American or French, are excellent, and Quentin Dupieux really has a Tarantino-esque flair for writing his characters and making them work well together.

Reality only makes sense when you look at it as part of the director’s overall filmography. Its offbeat tone will not disappoint his fans, who will still be able to appreciate the nonsensical elements, the quasi-Hollywoodian cinematography and a certain intelligence in the writing style, all bathed in a moody electronic soundtrack that brings to mind John Carpenter's early works. Dupieux shoots at breakneck speed and leaves no room for fine-tuning. He tries things out before moving on to something else, and underneath the existential storyline, which from a distance could bear similarities to a David Lynch film writ very large, there is unfortunately a piece of work that has been rounded off clumsily using the tricks found in “dream” stories, in which the structure conforms only to oneiric logic. Character splitting, blending time periods and realities, and schisms in time are perfectly acceptable in and of themselves, but when laid out end to end, they create nothing more than a bunch of sketches — sometimes very funny or even sublime ones — to the detriment of a unique work with a carefully thought-through purpose.

Reality has a disappointing ending — in fact there isn't one — and although the director insists that this was exactly the effect he was looking for, that doesn't mean that the audience was not entitled to expect the little bit of extra care and attention that would have made Reality the director's best film to date, and a decent, intelligent comedy to boot. Not one to be taken too seriously…

“A film about gentle madness and freedom”

Review: Keep an Eye Out

The original and playful director Quentin Dupieux returns with a comedy on the borders of order, disorder, the realism of dreams, banality and weirdness

Quentin Dupieux's Deerskin receives an advance on earnings from the CNC

The upcoming works by Rabah Ameur-Zaïmèche, Mohamed Ben Attia, and duo Felipe Barbosa and Clara Linhart will also be co-produced by the French-German channel

Grégoire Ludig, Anais Demoustier and Orelsan are also among the cast of this movie being staged by Atelier de Production, due to start shooting in September

Review: We Met in Virtual Reality 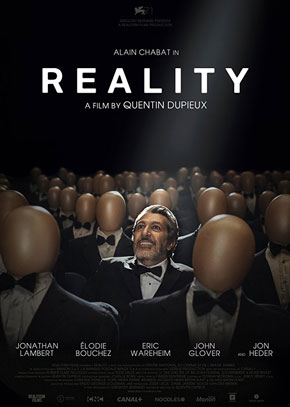 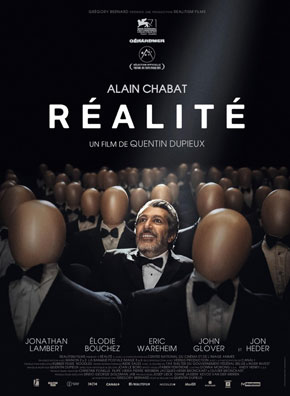 A new media chronology in France

Review: We Met in Virtual Reality

Watch on Cineuropa: A quartet from Sundance

Green Film Shooting – 19/01/2022
TFL and the Trentino Film Commission launch the Green Film Lab
This new training programme will offer up a series of workshops on how to produce films sustainably and is aimed at producers, department heads and green managers from all over Europe