Two young outsiders on the run in They Have Escaped

29/08/2014 - VENICE 2014: The director of The Visitor returns with a kind of modern fairy tale about a troubled boy and girl who run away, immersing themselves in dreams, memories and terrible danger

Joni is 19 years old and has to perform civil duties in a corrective institution for problematic young people. When all the rules at the centre are being explained and Joni listens quietly, you immediately get the feeling that there is something not so normal about him."You have to be a role model for them, a stable person," so he is told. But one glance between him and Raisa – a 17-year-old resident in the institution, with her bleached hair and heavily made-up eyes – is enough to understand that the two of them, together, are up to something.

After his acclaimed debut The Visitor [+see also:
film review
trailer
film profile] back in 2008, Finnish director J-P Valkeapää returns to Venice Days with They Have Escaped [+see also:
trailer
interview: J-P Valkeapää
film profile], a kind of modern fairy tale into which two protagonists (Teppo Manner, seen before in The Painting Sellers, and Roosa Soderholm, on screen for the first time) fling themselves as they make a reckless getaway, both physically and mentally, through streets, woods and lakes, in a sometimes psychedelic road movie that spirals into a nightmare.

The director does not linger for long on life inside the institution; the escape is planned hastily, intuitively. Raisa has a hidden "treasure" that she wants to go and recover. Joni does not have to think twice about following her, even though there is a serious threat hanging over his head (what with him already having gone AWOL from his military service, and thus he risks spending the rest of his conscription period in prison). He is a stutterer, while she is prone to sudden mood swings, and so they embark upon an adventure together. What begins as a rather classic tale of rebellious adolescents transforms into a dark, dreamlike and hallucinatory journey (we follow them on their drug trip, chased by the sounds of the helicopter looking for them), but never without a few lighter moments (such as a close encounter with a wild boar, or their ride on a shopping cart).

The two never think about the consequences of what they are doing, and this will eventually lead them to an almost horror-like place."The film changes a lot between the beginning and the end," says Valkeapää, "but everything is consistent with the narrative; I did not want radical twists." Inspired by the fairy tales of the Brothers Grimm (take, for instance, a house in the woods that will turn out to be a source of trouble), the director also highlights a reflection on society:"Today's youth has less work, less of a desire to study and fewer prospects. The film also investigates how Finnish society deals with them." Joni and Raisa both are, in their own way, marginalised and misfits. But, like any self-respecting fairy tale, they, too, will eventually see the light.

more about: They Have Escaped

VENICE 2014: The Finnish director J-P Valkeapää is back at Venice Days with his second work, a road movie with hints of psychedelia, which features a problematic boy and girl as the lead characters

CANNES 2019: Finnish helmer J-P Valkeapää proves that all you need is love. And a plastic bag

After a packed programme of all things cinema kicked off on Friday night, Göteborg is now getting ready to welcome industry representatives to its grand 42nd edition 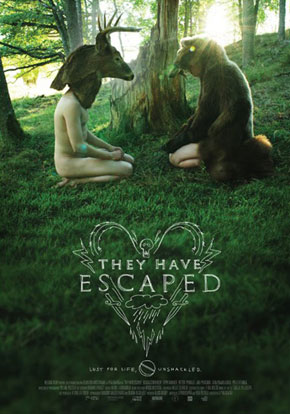 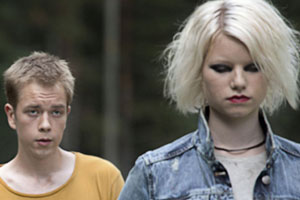 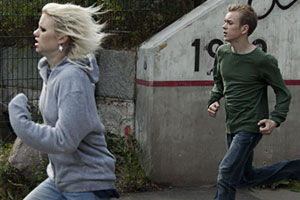 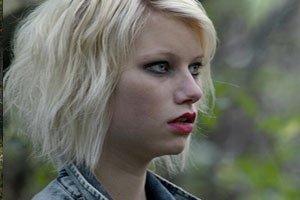 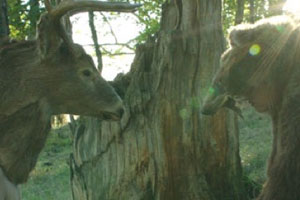 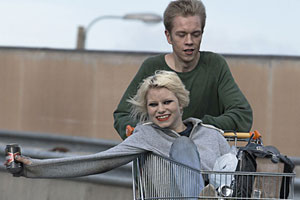 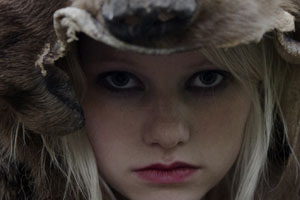