30/08/2014 - VENICE 2014: The Austrian film in the Horizons section is strange and wonderfully aesthetic and promises a terrifying experience that will take your breath away

The film presented by Veronika Franz and Severin Fiala yesterday in Venice in the Orizzonti section is one of those movies that will really make you live the experience. Last night, on the Marconi Promenade, you could tell from the dazzled faces of the festival-goers, who had just attended the screening of Goodnight Mommy [+see also:
trailer
interview: Severin Fiala and Veronika …
film profile] (the original title is Ich seh Ich seh, litt. "I see I see", a far from innocent repetition).

During the first two thirds of this Austrian film (produced, notably, by filmmaker Ulrich Seidl), we witness a beautifully crafted film, coolly unusual, unaware that we will, at the end of the show, grab onto our seats and make grimaces at the perspective of what awaits us. The film actually opens with peaceful, quasi pastoral images: we follow two young identical boys whilst they play hide-and-seek in an idyllic backdrop of endless fields, vast forests, sparkling lakes and mysterious caves. They live in an enormous beautifully designed house, with their frail and frightening mother whose face is covered in bandages and who only speaks to one of the two, Elias, as if Lukas didn´t exist. We suspect some tragedy, but the mother´s severity and selfishness cast doubt on this, in this vast impeccable house that´s not designed for children. To escape the cruelty of his cold and monstrous mother, Elias, always alone, accompanied by his invisible twin, plays with huge cockroaches worthy of a Kafaesque nightmare and tries to bring home a cat that he later finds dead, he decides to make his mother pay by exposing its stiff dead body in a large aquarium filled with methylated spirits, on the beautiful coffee table, between all of the plain white walls (except the one on which old photos of Elias and Lukas are hanging).

The abuse which follows takes on almost unreal dimensions. From his room, in which this woman who can’t be his mother has locked him up, Elias starts spying on her using a baby monitor. Once freed, still with Lukas by his side, whom no-one but himself can see, he can’t stand it any longer and flees toward the nearest church, but the priest there takes him home. At that moment, with a single sentence from the mother whom he no longer recognises, we learn everything that Elias refuses to understand.

At this precise moment, after more than an hour into the film, the dynamics are totally reversed, cruelty changes sides, and the psychological thriller moves into a horror fest that’s barely tenable, with flames, torture and demon children. The shock of images that appear during the last twenty minutes of the movie is difficult to describe, but it was clear in the theatre yesterday in Venice, by the screams of terror coming from the audience, that, like this mother literally plunged into hell by her own child, no-one was spared.

In this first fiction feature, Franz and Fiala have achieved a real feat. They manage to roll out various motifs in an incredible way, and then topple them at their absolute counterpoint, with the same perfection. For example, they succeed in making us observe, for most of the movie, two children as if there was only one and, when we have confirmation that Elias is all alone, suddenly, we can no longer not see this twin who fills him with rage. Everything takes place as if Elias had been manipulated by this presence which he himself uses, and as if he was torturing his mother out of love for her... In all its brutal simplicity, Goodnight Mommy is decidedly a devilishly elegant, violent and complex movie that is truly indescribable.

KARLOVY VARY 2018: Cineuropa met up with rising Czech filmmaker Adam Sedlák to talk about his minimalist civilisation horror Domestique, its influences and working with a low budget

European (co-)productions set to world-premiere at the US festival include new titles by Joanna Hogg, Gabriel Mascaro and Johannes Nyholm

A raft of new international projects for French sales agents

Breathe in the Youth of the European Film Awards 2015 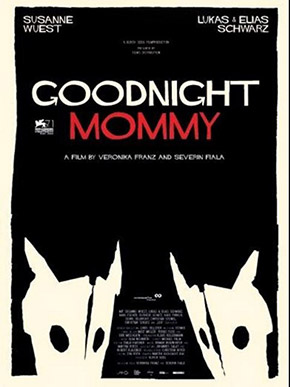 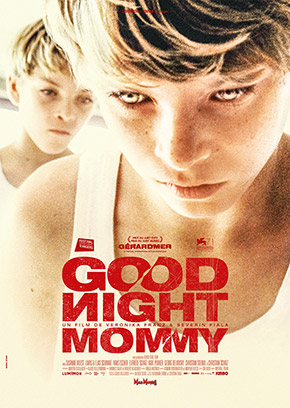 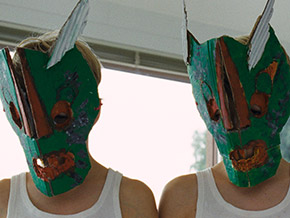 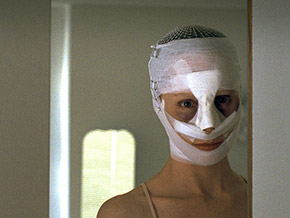 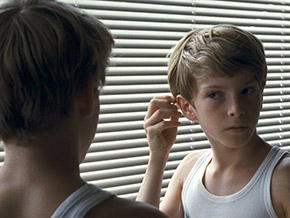 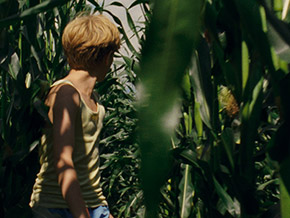